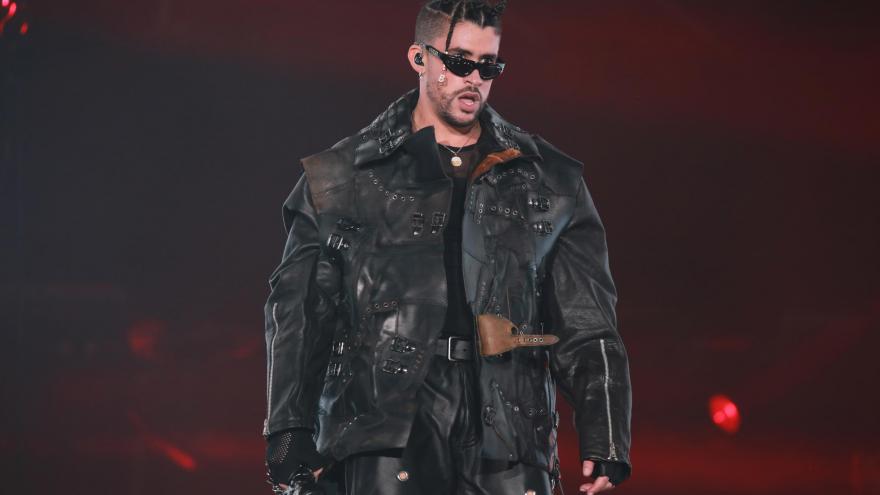 (CNN) -- Bad Bunny is set to join the Marvel universe.

The Grammy-winning artist will star as El Muerto in a standalone Marvel movie for Sony, scheduled for release in 2024.

Bad Bunny made a surprise appearance during the announcement at CinemaCon.

El Muerto is Juan Carlos, a man who was a champion wrestler who fought Spider-Man in a charity wrestling match. When Marvel character El Dorado came to kill a weakened El Muerto, who was stung by Spider-Man, Spider-Man saved him and the two defeated El Dorado.

He has recently appeared in "Narcos: Mexico" and will star in "Cassandro" with Gael García Bernal. He will also appear in "Bullet Train," starring Brad Pitt, which is set for release in July.