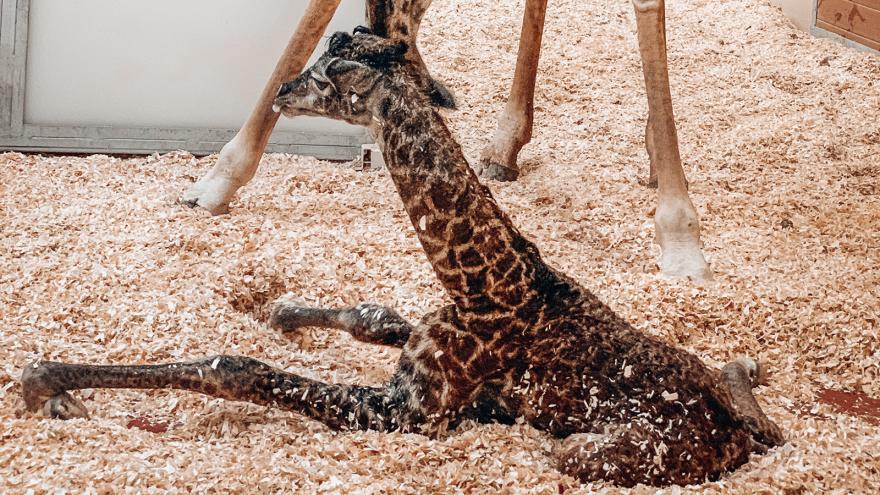 (CNN) -- The Nashville Zoo is grieving the unexpected loss of a newborn Masai giraffe.

The first-time mother, Nasha, 6, gave birth to a healthy calf on Saturday following a complicated delivery, according to the zoo.

But after announcing the birth, zookeepers noticed the calf was in distress. Shortly afterward, they announced the tragic loss.

"We are heartbroken to announce that Nasha's calf died shortly after our birth announcement earlier today after the calf was accidentally stepped on by her mother," the zoo wrote.

"Our animal care team quickly intervened but were unsuccessful at saving the calf," the zoo wrote. "An initial necropsy showed trauma to the neck but further testing will follow to determine if there were any underlying causes for the newborn's death. Thank you all for your support over the past few weeks and especially during this tough time."

"We are devastated over the loss of Nasha's calf," said Dr. Heather Schwartz, the zoo's director of veterinary medicine. "Our staff has worked tirelessly to make sure this calf was given the best possible care. We moved from fear of a stillborn to joy of revival to anguish."

Birth complications had led the zoo to take down the live feed during the birthing process as thousands tuned in, the zoo said.

"SURPRISE! Nasha's calf has arrived, just in a different way than we expected! There were some complications with labor and our team stepped in to assist with the birth. Both mom & baby seem to be doing fine..." the zoo tweeted at the time.

Schwartz said the calf appeared to be thriving, and they decided to move the newborn to be with her mother. The two were bonding, but during this time Nasha may have inadvertently injured her calf, Schwartz said.

Masai giraffes are endangered due to their population declining by about 50% in the last three decades, according to the Giraffe Conservation Foundation.

Nasha is doing well and keepers will be giving her an abundance of comfort and care for the next few days, according to the zoo.