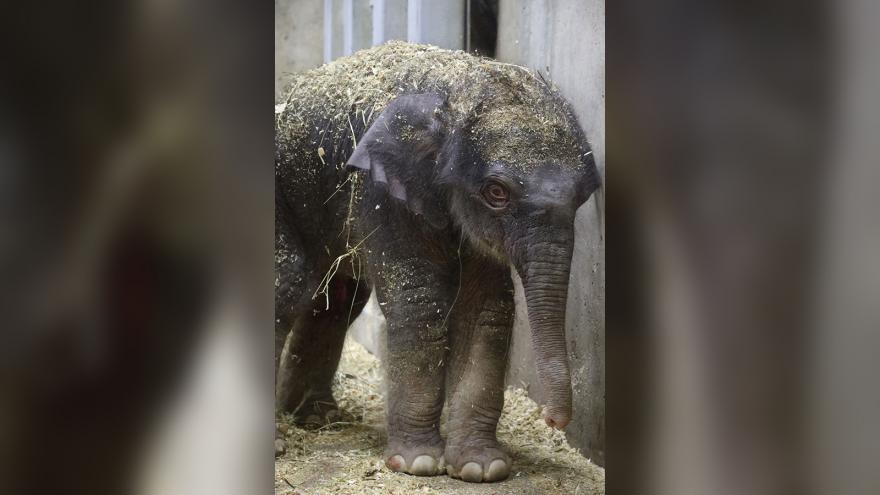 (CNN) -- A baby Asian elephant named Avi has died after struggling with health problems since the day he was born.

The male calf lived for only 27 days and had developmental impairments limiting his ability to feed, the St. Louis Zoo said in a statement Sunday.

He was euthanized and "passed away peacefully" Sunday morning, according to the zoo.

The calf was near his mother, Rani, since he was born on July 6 and, after weeks of life support measures by the Elephant Care Team, his health deteriorated rapidly over the weekend.

"Everyone here is just devastated right now," Jeffrey P. Bonner, Ph.D., CEO of the St. Louis Zoo said in a statement. "Our team of professional elephant care experts did everything possible to help improve the calf's health. Unfortunately, in the end, it just wasn't enough as his health complications were too severe."

The zoo's veterinary team will conduct a full necropsy on the elephant and the results won't be available for several weeks, the statement said.

Although the elephant only lived less than a month, the team caring for him had prepared for his birth for three years, as he was part of an ongoing project to continue his species. Elephant pregnancies take about 22 months, according to the statement.

His mother Rani was bred with a male elephant named Raja, the first Asian elephant to be born in the zoo. Their breeding was part of the Association of Zoos and Aquariums Asian Elephant Species Survival Plan, a national cooperative breeding and management program responsible for maintaining a genetically healthy population of Asian elephants in North American zoos.

There are less than 3,500 Asian elephants left in the wild and they face extinction because of ivory poaching and habitat destruction, the zoo statement said.

"The animal care team who worked so closely with this calf every day of his short life, and all those who loved him, are understandably grieving," Luis Padilla, DVM, Vice President of Animal Collections, for the Saint Louis Zoo said in the statement. "Avi will be missed, but never forgotten."