Baby birds can communicate about danger even before they hatch, study says 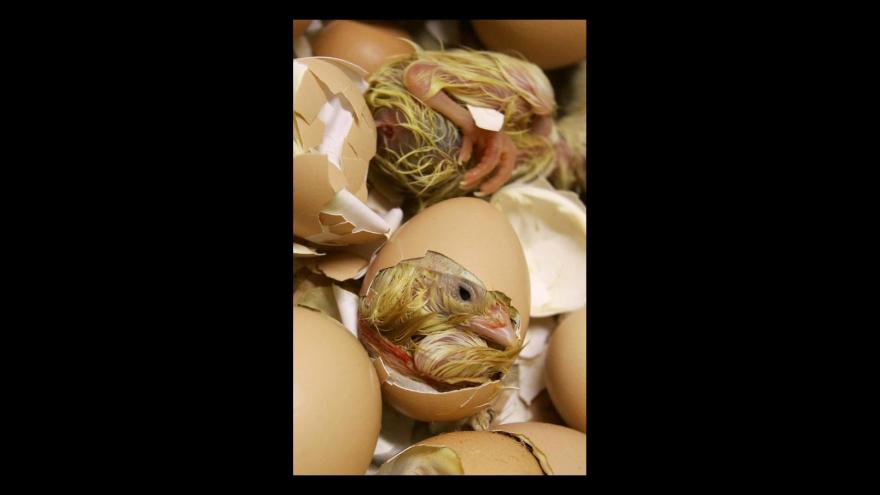 (CNN) -- Developing baby birds may be able to sense danger and "warn" other unhatched birds in the same nest about nearby predators, according to a new study.

It sounds like one of those mysterious, inexplicable things animals do, but pair of researchers from the University of Vigo in Spain laid out a very specific pattern of behavior and found that it changes the direction of the birds' development.

The researchers studied 90 yellow-legged gull eggs, divided into "clutches," which is a term for all of the eggs in one nest. They separated some eggs in a clutch and played adult gull warning calls. As a result, the eggs started to move.

"Gull embryos alter their motility when exposed to alarm calls emitted by adults, an effect that causes the egg to vibrate," says the study, published in the journal Nature, Ecology and Evolution.

Here's where it gets really interesting: When those eggs were reintroduced to the rest of their clutchmates, who were busy developing in relative silence, it appears that they somehow transmitted the information -- namely, that some kind of danger was near -- to those who didn't hear the warning calls.

"Overall, we found that exposure to alarm calls had strong programming effects on the development of embryos, and that these effects were transmitted among embryos belonging to the same experimental clutch," the authors wrote. "Embryos showed delayed hatching in the exposed clutch group—including both eggs that were exposed to alarm calls and their unmanipulated clutch mate."

The effects continued after birth

You may be wondering what good an unhatched bird's warning vibrations would be to its unhatched siblings, since they are all completely vulnerable and can't exactly protect themselves if danger struck. Researchers found that these communications changed the way the birds developed and affected their behavior after they hatched.

Chicks from the exposed clutches "were quicker to crouch after listening to adult alarm calls compared with chicks from the control group regardless of whether they were manipulated or not."

So in other words, clutches that were aware of danger developed to be more adequately prepared for it after birth.

It makes sense that baby birds can hear and respond to danger while still developing in the egg, just like human babies can sense and react to sounds while in utero. But the way it affects their development and behavior is a fascinating frontier. The researchers say the next step is to see whether different environmental stimuli encourage different changes in developing birds.