BA.2, the newly detected version of Omicron, is not a cause for alarm, scientists say 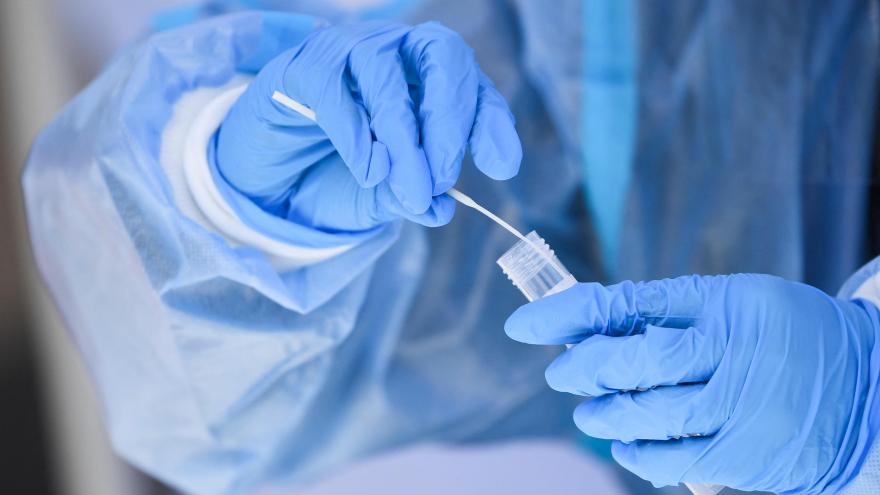 (CNN) -- A new spinoff of the Omicron variant of the coronavirus is getting attention from scientists as it becomes the dominant cause of Covid-19 infections in some parts of the world.

Experts say there's no reason to panic over the lineage, called BA.2, which was first identified in early December and has since spread to 49 countries including the United States.

"Among all the lineages of Omicron, this is the one showing a higher increase of cases. But we have to be careful in interpreting that, because higher increases from a very low number are easier to observe," said Ramon Lorenzo-Redondo, assistant professor of medicine for infectious diseases at Northwestern University Feinberg School of Medicine in Chicago.

Like the more familiar version of Omicron, BA.2 has a large number of changes -- about 20 --concentrated in the spike protein, the part of the virus that's targeted by vaccines.

Unlike Omicron, however, it doesn't cause a certain signature on lab tests called an s-gene target failure, meaning it can look like other SARS-CoV-2 variants on a first screen. That has some calling it "the stealth variant."

But Lorenzo-Redondo says that nickname has caused people to think that it can't be detected in lab tests, which isn't the case.

"There has been confusing messaging about this subject. Both FDA-approved lab-based and at-home tests should detect this lineage, as well as the other Omicron (sublineage), BA.1," he said.

There's no indication that BA.2 causes more severe disease or spreads more easily than the original strain of Omicron. A report released Thursday by the UK's Health Security Agency offers additional reassurance, suggesting that current vaccines protect about as well against BA.2 as they do against the original Omicron variant, with better protection against symptoms — an average of about 70% -- two weeks after a booster.

The version of the virus that researchers have named Omicron includes multiple viral families. The BA.1 family is the one causing nearly all Omicron infections in the U.S. Now, a second family, the BA.2 clade, is starting to gain ground in other countries, notably India and Denmark.

In Denmark, BA.2 now accounts for about half of all new Covid-19 cases, according to a recent statement from Denmark's Statens Serum Institute.

On Thursday, Dr. Sujeet Kumar Singh, director of India's National Centre for Disease Control, said that BA.2 had become the dominant strain there.

BA.2 has also been picked up in South Africa and the United Kingdom, where it has been designated a variant under investigation by the UK's Health Security Agency. A variant under investigation is one that's spreading in the country and being monitored because it may spread more easily from person to person or have features that make it more resistant to treatments or vaccines.

In the US, roughly 100 cases caused by BA.2 have been reported from at least 20 states, according to the sequence-sharing website GISAID.org.

BA.2 currently accounts for less than 1% of US Covid-19 cases, according to Outbreak.info, a Scripps Research data project.

At Houston Methodist Hospital in Texas, researchers are sequencing the viral genomes of every positive Covid-19 case they find. Out of more than 4,000 genomes sequenced since the first of the year, they've found only three cases of the BA.2 sublineage, said Dr. Wesley Long, medical director of microbiology.

Will it take off here the way it has in India and Denmark? "I think it's still too early to tell," Long says.

Viruses change, or mutate, all the time. Most of these changes aren't harmful. But occasionally, a virus will change in a way that helps it become more competitive. It might transmit from host to host more quickly, for example, or bind to cells more easily.

Long says it's hard to know why BA.2 is gaining ground in certain countries. It could be that it has some kind of advantage over the original Omicron variant, or perhaps both BA.1 and BA.2 were introduced around the same time, so they were able to spread at about the same rate.

But he says scientists will be watching those countries closely to see how the situation plays out over the next few weeks.

Scientists say the new Omicron spinoff is not surprising and, in fact, was anticipated, given that about half of the world's population still hasn't been vaccinated against the coronavirus.

"I'd be very surprised, with the current state of the global population in terms of immune status, if we didn't see more variants emerge," says Angela Rasmussen, a virologist with the Vaccine and Infectious Disease Organization at the University of Saskatchewan.