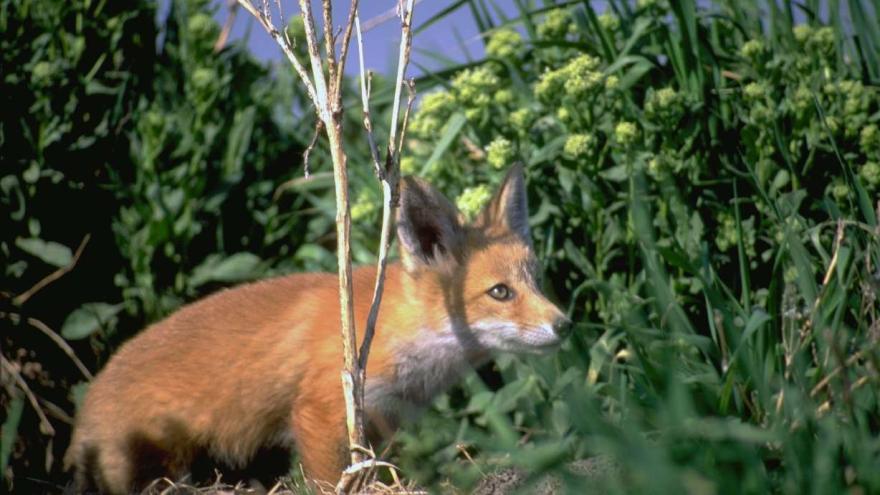 SALT LAKE CITY (KSL) -- While it's rare, state wildlife officials point out that the highly pathogenic avian influenza spreading across wild animals in the country can infect mammals.

Case in point, a pair of red foxes found dead last month in Salt Lake County tested positive for the flu, marking the first mammal cases of the virus in the state, according to the Utah Division of Wildlife Resources.

"While it does happen, it's not very common for wildlife species other than birds to get highly pathogenic avian influenza," said Ginger Stout, the division's veterinarian, in a statement Thursday. "Some states have had one or two cases in wild mammals, but it's pretty infrequent and it seems to affect younger animals more often when it does occur."

The cases were discovered after Utah wildlife biologists responded to reports of dead red foxes in the yards outside of homes in Murray and Taylorsville on May 24 and May 26. Both carcasses were sent to the Utah Veterinary Diagnostic Laboratory and then the National Veterinary Services Laboratory in Ames, Iowa, where they tested negative for rabies and positive for the avian flu.

There were no dead birds found near where the foxes were found, but state wildlife officials believe the foxes either came in contact with an infected wild bird or ate one, resulting in their cases.

The avian flu is considered "very contagious" among birds, resulting in high mortality in domestic birds like chickens, domestic ducks and turkeys. It also affects waterfowl, shorebirds, raptors and scavengers like hawks, owls, ravens and vultures, according to the Utah Division of Wildlife Resources. It typically spreads through nasal and oral discharge or fecal droppings.

Songbirds aren't typically affected, which is why division officials say there's no need for Utahns to remove their home bird feeders unless people own domestic birds that may be susceptible to the virus.

This round of the avian flu, originally detected in South Carolina in January, was first discovered in Utah chickens in April. State wildlife officials reported the state's first case in wild birds last month. The division has now found the virus in 25 wild birds across Cache, Carbon, Salt Lake, Tooele, Utah and Weber counties.

The virus has been detected in wild animals in over half of U.S. states, though Utah is the most southwest state in which it has been confirmed. Wild birds hadn't tested positive for it in Arizona, California, Nevada or New Mexico, as of Thursday.

It's affected at least another 38 million domestic birds, according to the U.S. Department of Agriculture. U.S. Secretary of Agriculture Tom Vilsack, two weeks ago, approved a $400 million transfer of funds from Commodity Credit Corporation to the department's Animal and Plant Health Inspection Service to be used in avian flu response efforts. The flu is one of the reasons for the soaring costs of poultry products, including eggs.

However, the virus has only been discovered in one human since the outbreak began, according to the U.S. Centers for Disease Control and Prevention.

Stout encourages Utahns to continue to report any dead scavengers or raptors to the Utah Division of Wildlife Resources, as well as any groups of at least five dead waterfowl or shorebirds.

"Just report it to us and we will come collect them for testing," she said. "We are continuing to monitor this virus in wild bird populations. It typically doesn't have much of an impact on the overall populations of waterfowl, but it's likely that we will have some die now that it's been confirmed in wild birds in the state."