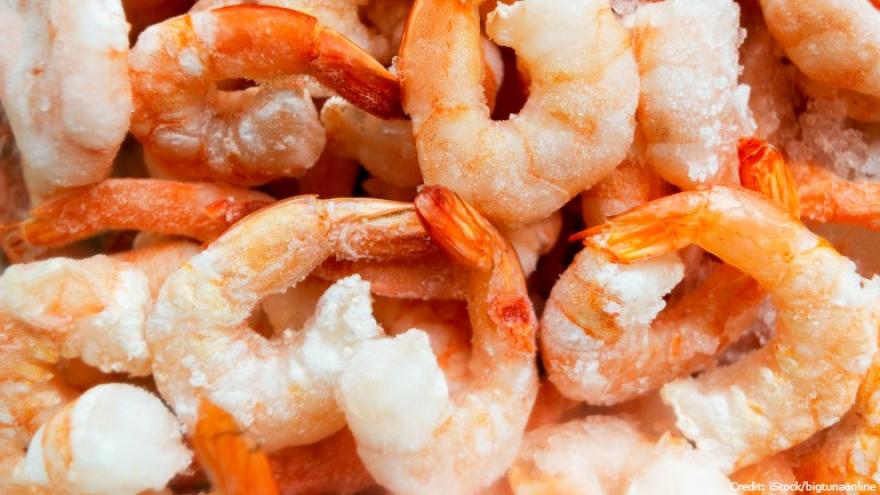 (CNN) -- If you eat frozen cooked shrimp at home, you may want to check your freezer.

A salmonella outbreak has been linked to certain frozen cooked shrimp products distributed nationwide, according to the US Centers for Disease Control and Prevention.

Salmonella was found in a sample of Avanti Frozen Foods' shrimp collected as part of the FDA's Imported Seafood Compliance Program, the CDC said.

In a statement on the FDA website, Avanti said that out of "an abundance of caution" it recalled some of its frozen cooked shrimp products sold under the brand names 365, Censea, Chicken of the Sea, CWNO, Hannaford, Honest Catch, Meijer, Open Acres and Waterfront Bistro.

Six people got sick from this outbreak and two of those were hospitalized, according to the CDC. The agency says the illnesses happened in Nevada and Arizona, but the outbreak may have affected other states.

The products in question were distributed from late December to late February.

Only products bearing certain codes are affected by the recall. Anyone who has purchased one of those can return them to where they bought them for a refund.

Salmonella can cause fever, diarrhea, nausea, vomiting and abdominal pain, the FDA said. The organism can cause serious and sometimes deadly infections in young children, frail or elderly people, and others with weakened immune systems.

The CDC said symptoms usually start six hours to six days after swallowing the bacteria and most people recover without treatment after four to seven days.