Avalanche in Colorado partially buried a snowmobiler, and it was all caught on video 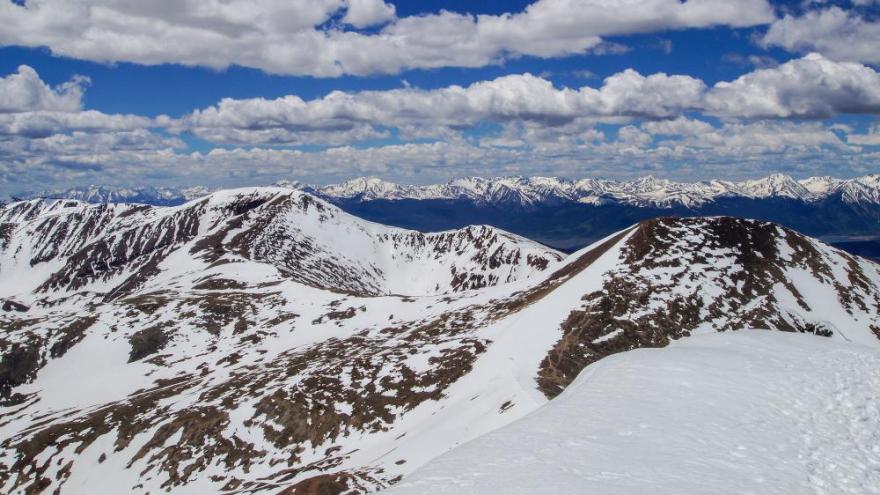 Two snowmobilers in Colorado narrowly escaped disaster when they accidentally triggered an avalanche.

The Colorado Avalanche Information Center on Saturday shared a video on Facebook showing the terrifying incident, which partially buried one of the riders.

In the video, the snowmobilers are riding up a mountain when the one in front sets off an avalanche that sweeps the other down the mountainside.

There were people skiing in the same area just moments before the avalanche. However, their presence did not cause the event, CAIC said.

The avalanche occurred on February 11 near Leadville in Birdseye Gulch, according to the CAIC. The elevation in the area ranges from 10,000 to 12,000 feet.

"It's really quite terrifying," CAIC Director Ethan Greene told CNN affiliate KDVR. "Fortunately, the fellow that was caught in the avalanche ends up with his head above the snow."

Greene told KDVR that the center recommends checking the state's avalanche forecast before venturing out.

Two snowmobilers were killed last week after triggering an avalanche in the area of Muddy Pass, north of Vail. A third person who was snowmobiling with the group was able to free himself and alert authorities.

The avalanche center warned that large and deadly avalanches are likely to continue occurring in the area.