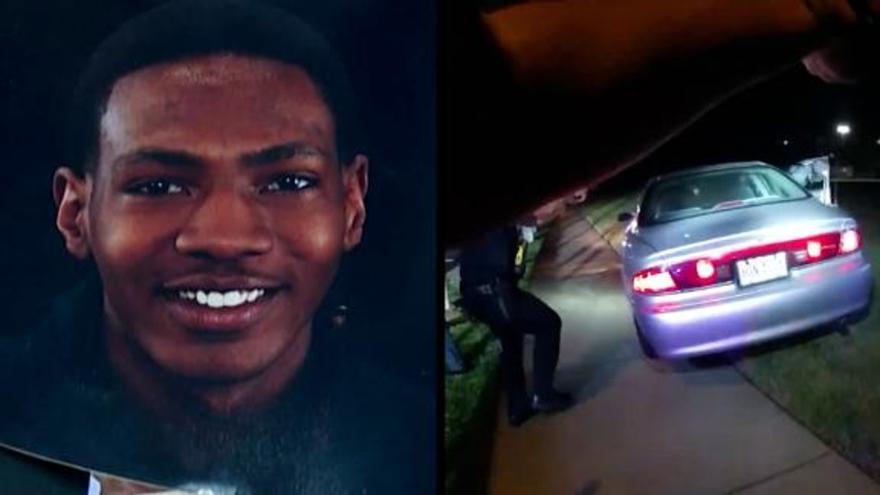 His death was due to blood loss from his internal injuries, and the cause of death was multiple gunshot wounds, Kohler said.

Tests revealed no evidence of drugs or alcohol in his system, she added.

Walker, a 25-year-old Black man, was shot as he fled police officers trying to stop him for an alleged traffic violation. He was remembered as soft-spoken, loving and kind at his funeral Wednesday.

Details of the case continue to emerge amid public scrutiny of how law enforcement personnel across the United States use force, especially against people of color. Walker was Black, while seven of the eight officers who fired on him are White and one is Black, the city has said. All were put on paid administrative leave, per department policy.

• 15 on Walker's torso, where he had internal injuries to his heart, lungs, liver, spleen, left kidney, intestines and multiple ribs.
• 17 on his pelvis and upper legs, where the right major artery going to the leg and the bladder were injured and the pelvis and both femurs were broken.
• 1 on his face, where the jaw broke.
• 8 on his arms and right hand.
• 5 on his knees, right lower leg and right foot.

Walker's family and representatives were able to review the report prior to this announcement at a news conference, Kohler said.

"I keep saying his name. Young, African American male from Akron, Ohio, who was looking to explore the world, lively young man, loved to travel, even made plans to come down to Houston to visit the rodeo, renaissance festival, and even catch a live WWE event," he said.

"So, his life was taken way too soon... I'm focusing on how do I educate my girls on what just happened, the tragedy behind that. And then what we can do locally to raise awareness and continue to be out in the community and show that we are not threats to society."

In a statement Friday, the legal team representing Walker's family said the medical examiner's report "confirms the violent and unnecessary use of force by the Akron Police department on an unarmed young man who, as the family expected, was not under the influence of drugs or alcohol."

The statement said, "That Jayland suffered 46 gunshot wounds to his body is horrific. The fact that after being hit nearly four dozen times, officers still handcuffed him while he lay motionless and bleeding on the ground is absolutely inhumane.

"The family is devastated by the findings of the report and still await a public apology from the police department."

A gunshot residue test was not performed on Walker, the medical examiner said. Akron police accused him of firing what appeared to be a gunshot out the window. A gun was found in his car later. Police said he was not armed when killed.

Gunshot residue testing can detect specific particles related to the discharge of a firearm "but the results of that testing is not conclusive as to whether the person did or did not fire a weapon," Kohler said.

A United Nations organization will be investigating the police shooting, a spokesperson for the group told CNN on Friday.

The UN body that is investigating follows an agenda "to end systemic racism and human rights violations by law enforcement against Africans and people of African descent," according to the UN Human Rights website, and has been involved in other high-profile cases, including the death of George Floyd.

At Walker's funeral on Wednesday, a family attorney said the organization had been in touch.

The NAACP on Thursday also urged the Department of Justice to investigate the shooting, calling it a "gruesome assassination" in a letter to Attorney General Merrick Garland.

"No one is above the law, including law enforcement. Those responsible for hunting him down and firing 90 bullets at him should be held accountable to the fullest extent of the law," NAACP President and CEO Derrick Johnson said in the letter. "We are urging you and your Department of Justice to conduct a thorough investigation into the murder of Jayland Walker, and -- if what we all saw with our own eyes is true -- federally charge the officers responsible for his gruesome assassination."

"It is time to hold law enforcement officials accountable for treating Black Americans by different standards," Johnson added in the letter. "We pray that your department will launch this critical investigation in the quest for justice in this case."

A Justice Department spokesperson said, "The US Attorney's Office, the Justice Department's Civil Rights Division, and the FBI Field Office in Akron, Ohio are closely monitoring and reviewing the circumstances surrounding the death of Jayland Walker. The FBI continues to coordinate with state and local partners to provide resources and specialized skills. If the evidence reveals potential violations of federal criminal statutes, the Justice Department will take appropriate action."

A spokesperson for the Akron Police Department said it was "reserving any comment concerning the report."