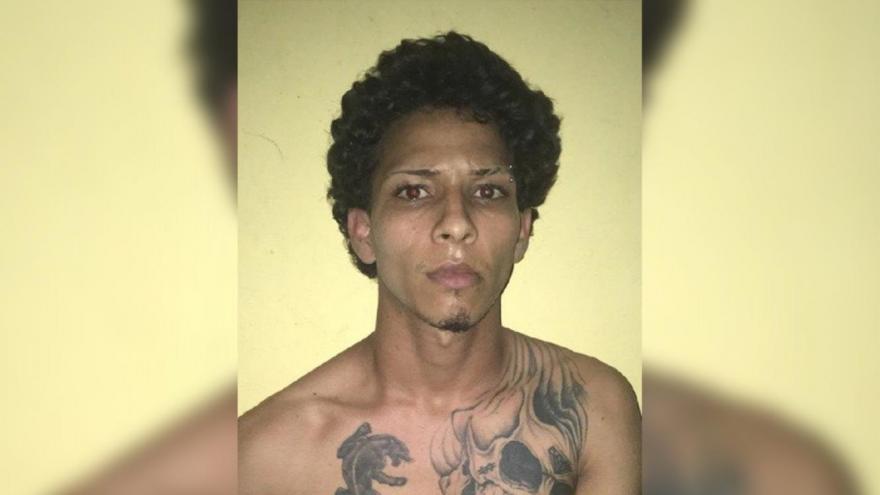 Rolfi Ferreira Cruz, the accused gunman in the attempted murder of David Ortiz.

(CNN) -- Authorities in the Dominican Republic say they are getting closer to arresting the person who ordered the shooting of baseball star David Ortiz.

"His time has come. He won't see the sun again for 40 years," prosecutor Milciades Guzmán told reporters on Friday, referring to the still-unnamed individual who led what police have called a "complex" assassination plot against the beloved former Boston Red Sox slugger.

The brazen shooting, and news that it was an orchestrated hit involving at least a dozen suspects, has rocked the Dominican Republic.

Ortiz, nicknamed "Big Papi," was sitting on a crowded bar patio in Santo Domingo the night of June 9 when a gunman walked in from the street, pulled out a Browning Hi-Power 9mm and shot him once in the lower back before fleeing.

The bullet passed through Ortiz, perforating his intestines and internal organs, and hit TV talk show host Jhoel Lopez, a friend of Ortiz's who was sitting with him, in the leg.

The alleged gunman, Rolfi Ferreira Cruz, fled the scene on foot, but his alleged getaway driver, Eddy Vladimir Feliz Garcia, stalled out his motorcycle as he attempted to flee and was pummeled by an enraged crowd before being turned over to police.

Ferreira Cruz was arrested Wednesday and has confessed to the shooting, prosecutors told CNN. Ferreira Cruz also has told reporters he meant to shoot someone else, a claim that prosecutors say is absurd considering that Ortiz is one of the most recognizable people in the country.

Dominican officials have released video that they say shows Ferreira Cruz and Garcia speaking with people inside a car parked near the club, allegedly to coordinate the attempt on Ortiz's life. The car and another vehicle fled the scene immediately after the shooting.

While many occupants of the bar dove for cover following the shooting or chased after the suspects, a friend rushed Ortiz to the hospital, where doctors saved his life but had to remove parts of his damaged intestines, liver and his gallbladder. Ortiz was flown to Boston the next day for further treatment.

Trying to make sense of a senseless act

Immediately Dominicans asked themselves who would order the assassination of a sports hero in public without apparently fearing any reprisals.

While nearly three million American tourists visit the Dominican Republic for its luxury hotels, turquoise waters and white-sand beaches, the country has a dark side.

The murder rate stands at 12.5 killings per 100,000 people, making it one of the most dangerous countries in the world, according to the US State Department. In April the State Department issued a travel advisory warning Americans to "exercise increased caution in the Dominican Republic due to crime."

Much of that crime is gang violence driven by the Dominican Republic's increasingly key locale as a trans-shipment point for cocaine leaving South America for the United States and elsewhere.

"Nowadays, the Dominicans are buying cocaine in Venezuela, contracting Venezuelans to make the hazardous journey across the Caribbean, then taking direct control of loads as they hit the island," said a 2018 report from InSight Crime, a foundation that tracks organized crime in the Caribbean and Latin America.

Accustomed to the way in which many local criminals evade arrest, many Dominicans wondered if whoever ordered the hit on David Ortiz would also escape justice.

But on Friday prosecutors vowed that everyone involved in the Ortiz hit would be arrested and the full plot to assassinate the former MLB star would be revealed.

"Next week we hope to be able to give details of the motive, the intellectual authors and be able to offer the complete narrative of the case," said a release from the prosecutor's office.

Ten suspects are already in custody

So far 10 suspects are in custody and facing charges for the Ortiz shooting. In addition to the unnamed mastermind, police say they also are searching for an 11th suspect, Luis Alfredo Rivas-Clase, who goes by the nickname "El Cirujano," or "The Surgeon." Authorities in the US say Rivas-Clase may also be wanted for an April 2018 shooting in Reading, Pennsylvania.

According to court documents, both men are serving sentences for homicide in the 15 de Azua prison. Even though they were behind bars, prosecutors say they helped coordinate the shooting and distributed a $7,800 payment to his would-be assassins.

Many of the men arrested come from poor neighborhoods, are covered in gang tattoos and appear to be foot soldiers in an alleged plot against one of the greatest athletes the Dominican Republic has ever produced.

Several of the suspects cried out "It's a mistake" or "It wasn't me" Friday as masked police officers hustled them into court for a hearing. At the hearing a judge ordered nine of the suspects to remain in jail for at least a year while awaiting trial.

The tenth suspect is expected to appear in court on Monday, prosecutors said.

For Ortiz's legions of Dominican supporters, the attack on their hero is a national embarrassment and a sign of how the country is changing, even if "Big Papi" never did.

"He is the same David Ortiz," said Felix Martinez, who grew up with the famed slugger. As young boys they would sing to people on the street to earn a few pennies to buy candy, he said. "What happens when a person comes from poverty, what they want ... when they come to their home country is to be with their people."

But Martinez said he now worries that Ortiz's celebrity, which once protected the MLB star from the violence of his native country, has now made him a target.

"There's people that are full of envy," Martinez said. "That wanted to have that pride, that success."

CORRECTION: This story has been updated to give the correct date of the Ortiz shooting.