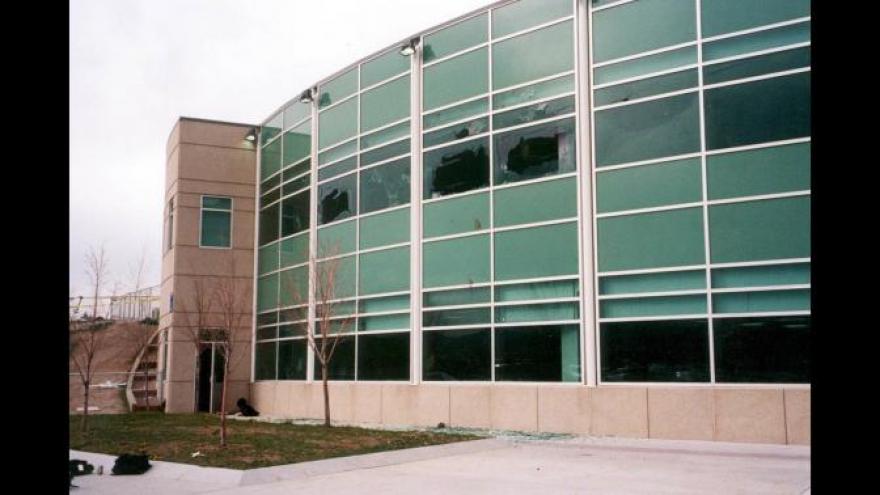 (CNN) -- Authorities are searching for an armed woman, who was "infatuated" with Columbine, in connection with alleged threats that led to lockouts at Columbine High School and nearly 20 other schools, officials said Tuesday.

The FBI Denver Division and the Jefferson County Sheriff's Office identified the woman as 18-year-old Sol Pais. She traveled to Colorado on Monday night "and made threats in the Denver metropolitan area," the sheriff's office said in a Facebook post. She is considered dangerous, authorities said.

"She did make statements that were threatening to schools and she did purchase a firearm... and that's why she's a credible threat," said Patricia Billinger, a spokeswoman with the Colorado Department of Public Safety.

A "be on the lookout" alert sent to law enforcement said Pais was "infatuated" with Columbine, Douglas County, Colorado, Sheriff Tony Spurlock said.

On April 20, 1999, two students killed 12 students and one teacher in a mass shooting at Columbine High School in the town of Littleton in Jefferson County.

No specific threat to Columbine

The threats were not directed to a particular school, according to sheriff's spokesperson Mike Taplin.

"It's a credible threat ... but she did not make it directly," said Jenny Fulton, a spokeswoman with the sheriff's office. "There may be some connection to Columbine but it wasn't a specific directed threat towards Columbine."

She was last spotted in the foothills of Jefferson County.

Earlier on Tuesday, the Colorado Department of Education recommended that Denver area schools conduct lockouts and controlled release after the alleged threats.

In a lockout, exterior doors are locked, and school continues as normal.

Columbine High and several schools in the area were part of the lockout, the Jefferson County Sheriff's Office tweeted.

Jefferson County school officials later tweeted that all students and staff were safe. Students were scheduled to be released on a normal schedule.