Authorities identify the final victim in the Surfside collapse, ending a month-long search and recovery operation 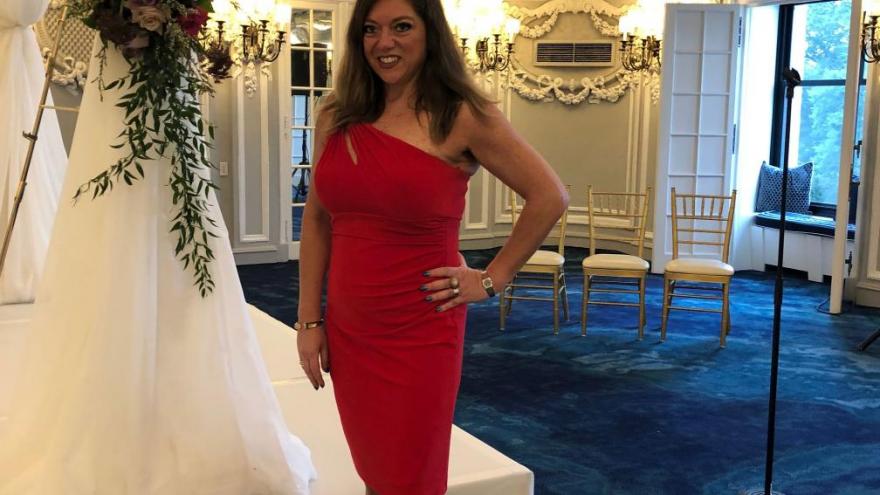 Estelle Hedaya was the last victim identified in the Surfside condo collapse.

Estelle Hedaya was the remaining victim who had not yet been identified, leaving her family in limbo until today.

"It was obviously tough to hear directly, but I can definitely see and feel the sense of relief [my parents] got knowing my sister can rest in peace," Ikey Hedaya, Estelle's brother, told CNN. "This month has been excruciating to say the least."

A section of the Champlain Towers South condo building crumbled on June 24 as many residents slept, an as-yet unexplained tragedy that shattered a small coastal community in South Florida.

After weeks of combing through a pile of metal and concrete looking for victims, Miami Dade Mayor Daniella Levine Cava said 98 victims have now been identified, including 97 victims who were recovered from the collapse and one person who died in the hospital. Ninety-eight families have been notified, and all 97 people for whom there was a missing persons report have been recovered.

A total of 242 people are accounted for, Levine Cava said.

The site of the collapse had been mostly cleared and the debris has been relocated as of late last week, Miami Dade County Mayor Daniella Levine Cava said.

As time went by, it became clear that it was unlikely teams would find survivors. But the search was relentless, with only pauses for dangerous weather conditions and the destruction of the rest of the tower.

Officials had promised families that they would not let up until all of their loved ones were found. Now, that promise has been fulfilled.

Levine Cava said the collapse was "the largest non-hurricane related emergency response in the history of our state." While nothing can bring back the victims of the collapse, Levine Cava said "we have done everything possible to bring closure to the families."

For the past 33 days, first responders "have searched the rubble as if they were searching for one of their own," the mayor said.

"Nothing, we can say or do will bring back these 90 angels who left behind grieving families, beloved friends, loved ones across this community and across the world," Levine Cava said. "But we have done everything possible to bring closure to the families, and I am especially proud that through these tireless efforts, we were able, at last, to bring closure to all those who reported missing loved ones."

Victims of the tragedy ranged in age from 1 to 92, and the families grieving them represented the diversity of the small cosmopolitan town.

The tight-knit Jewish community mourned their loved ones, as did families from as far as Argentina, Paraguay and Colombia.

Some, like Jonathan Epstein, lost both of his parents, Bonnie and David.

In other cases, entire families were wiped out in a moment, as was the case with Anaely Rodriguez, Marcus Guara and the children Lucia and Emma Guara.

Sergio Lozano had dinner with his parents hours before the collapse, he told CNN's Randi Kaye. After dinner, he hugged and kissed his parents.

Lozano went home to his condo just two blocks away, and heard the thunderous sound of his parents' home coming down.

The stories of families that died together or were torn apart vary, but the experiences of those left behind were eerily similar: a glimpse of the news, frantic calls and texts that went unanswered and the agony of waiting out the search until they learned what happened.

Investigation into collapse will begin

Now authorities can turn their attention to the investigation of what caused the collapse.

The Miami-Dade Fire Department transitioned the search and recovery effort to the police department.

The first night that he was on the scene, structural engineer Allyn Kilsheimer, who also investigated the aftermath of the 9/11 attack on the Pentagon, said he had about 20 or 30 theories of possible triggers.

Investigators were brought on to the incident quickly after the building collapsed, but much of their work had to wait until the search was over and police and rescue teams were through with the site.

"Until they do their job, we can't go in to do samples of materials and take those samples and test them to understand what the various components of the building that came down was," Kilsheimer told CNN's Ana Cabrera.