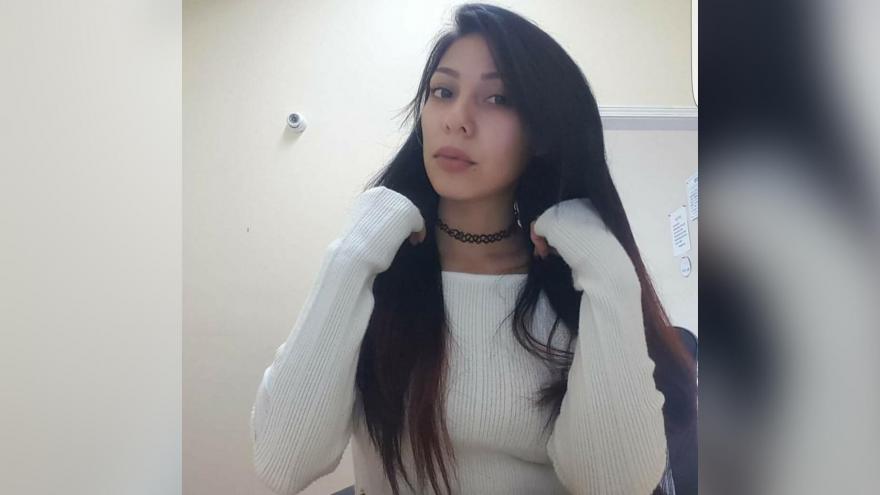 Divers recovered the body of Missy Hernandez, who was last seen more than a month ago.

(CNN) -- Divers from the Fresno County, California, Sheriff's Office embarked on a "dangerous dive operation" this week and recovered the body of Missy Hernandez, who was last seen more than a month ago, authorities announced Tuesday.

Her body was discovered weighed down beneath the surface, said Mims, who did not provide additional details.

The delicate dive operation took about three hours, as divers searched in the cold waters. Each diver could only go beneath the surface for about 30 minutes at a time and could not touch the bottom of the aqueduct as the disruption of silt on the bottom obscured visibility, Mims explained.

Jimenez, 41, was charged last week in connection with Hernandez's death. Authorities said Thursday that he was being held in the Fresno County Jail on charges of murder and domestic violence. He was already in custody since he had been arrested on December 8 -- one day after Hernandez was last seen -- after an officer recognized him as a suspect in a previous domestic violence incident against Hernandez.

"While today's announcement is both sad and meaningful for Missy's family and her loved ones, it will not change the charges in the case," Jerry Stanley, assistant Fresno County district attorney, said Tuesday. "It does however, add a critical new evidentiary component to the case that will help our pursuit of justice for Missy and her family."

A GoFundMe page was set up by the family to help with funeral expenses, the sheriff's office said.

Fresno County District Attorney Lisa Smittcamp said last week Jimenez had appeared in court with a public defender and that his next hearing was set for March 22, at which point an attorney would officially be appointed to his case. The Fresno County Public Defender's Office declined to comment Friday.

Hernandez, 30, was last seen at an art show in downtown Fresno on December 7 with Jimenez, authorities previously said.

Her friends contacted authorities the next day after not being able to reach her and a deputy responded to her home and did not find her but made contact with Jimenez, authorities said. The deputy researched the home's address and recognized Jimenez as a suspect wanted for a domestic violence incident against Hernandez at the same address in October, the sheriff told reporters last week.