Authorities find 3,100 pounds of meth and other drugs hidden in truckload of medical supplies 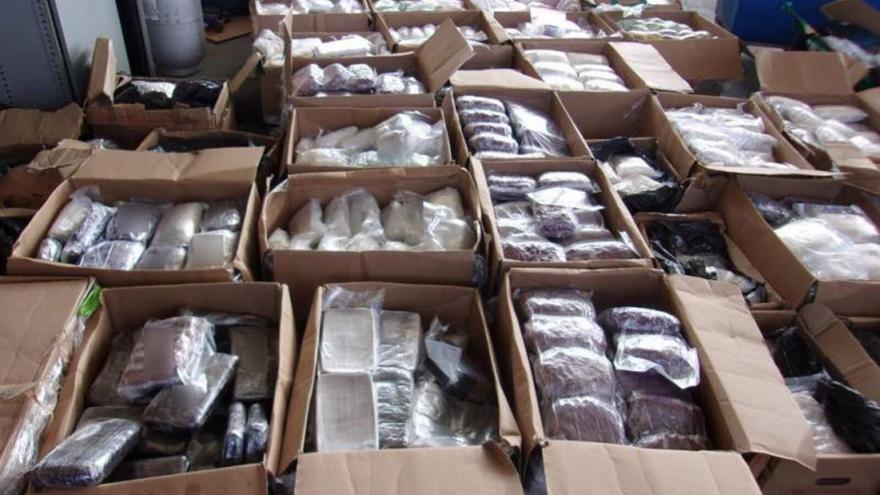 Officers found meth, fentanyl and heroin worth about $7.2 million stashed in a truck carrying medical supplies.

(CNN) -- Authorities at the Otay Mesa Port of Entry in San Diego discovered more than 3,100 pounds of methamphetamine and other drugs hidden in a truck delivering medical supplies from Mexico.

The tractor-trailer loaded with an estimated $7.2 million worth of drugs was stopped on October 9, according to a statement from US Customs and Border Protection.

It's the second-largest methamphetamine bust on the southwest US border in the agency's history, the statement said.

Officers sent the truck for further inspection after finding anomalies in the rear of the vehicle when they scanned it with imaging equipment, which the agency says is similar to an x-ray machine.

A drug-sniffing dog alerted authorities to the boxes, and when officers unloaded the shipment they found 1,816 packages of drugs mixed in with clear plastic pipette tips, spray bottles of surface decontaminate, calibrated pipette tools used for sampling and dispensing liquid, and other medical supplies, according to the statement.

The driver, a 47-year-old Mexican citizen, was arrested and turned over to a joint investigative team from U.S. Immigration and Customs Enforcement, Homeland Security Investigations and the Drug Enforcement Administration, according to a statement.

"This massive seizure is testament of what law enforcement agencies can do when we combine forces -- prevent over $7 million worth of deadly drugs from entering our country; thus saving countless lives from addiction and overdose deaths," said DEA Special Agent in Charge John W. Callery.

The largest bust on the southwestern border occurred in December 2019 when officers stopped a truck loaded with 4,945 pounds of methamphetamine at the Laredo Port of Entry in Texas, a CBP spokeswoman told CNN.