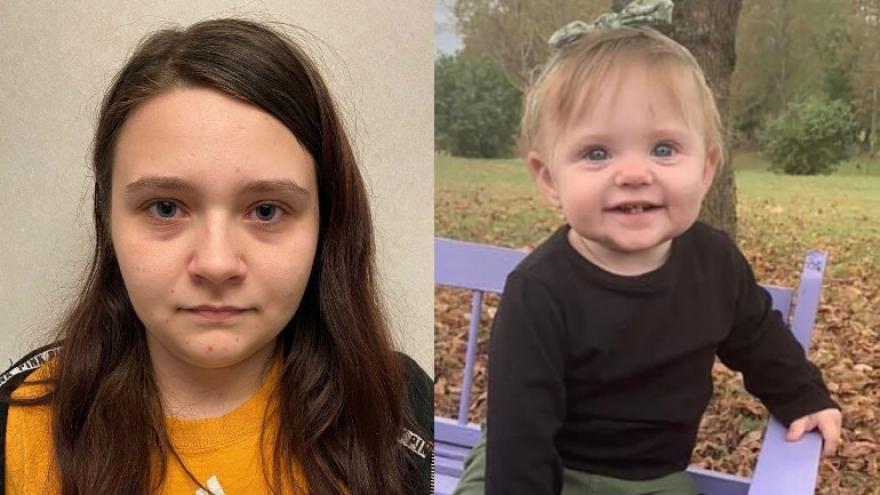 (CNN) -- Tennessee authorities believe they've found the remains of 15-month-old Evelyn Boswell, who was reported missing a little more than two weeks ago. Evelyn was last seen in December and police initially said last month they were investigating why it took so long to report the toddler missing.

On Friday, Sullivan County Sheriff Jeff Cassidy said detectives received a tip that led to a property belonging to a "family member of Evelyn's mother."

Police will confirm Evelyn's identity after an autopsy is conducted, Cassidy said.

The investigation is still active and in its early stages, officials said.

The discovery follows two weeks of efforts from local, state and federal authorities to locate the child, navigating through interviews with a mother who police said changed her story each time she spoke to them.

The mother was arrested for giving false reports

Megan Boswell, 18, Evelyn's mother, was arrested in February and charged with one count of false reports, Cassidy said last month.

The sheriff said the mother's story would change "every time" she spoke to police.

Boswell, who did not return CNN's previous request for comment, told CNN affiliate WJHL in a Facebook message that she was pregnant and unable to take a polygraph test. But the sheriff's office said it didn't use polygraph tests. And the Tennessee Bureau of Investigations told CNN she wasn't scheduled to meet with a polygraph examiner from the bureau either.

Boswell has sole custody over the child, and Evelyn's father is an active-duty military serviceman stationed in Louisiana, officials have said.

Days after an AMBER alert was issued for the baby, Evelyn's grandmother was arrested alongside her boyfriend, after police said they may have information about the disappearance.

The two were charged with possession of stolen property, according to the Wilkes County Sheriff's Office and were extradited to Tennessee. On Wednesday, Angela Boswell appeared in court for the property theft charge, where she told the judge she was having difficulty finding an attorney because of the "stigma" surrounding the case.

The judge reset the case to March 24.

She was reported missing months after she was last seen

The TBI said it received at least 890 tips in connection to the case. But authorities eventually determined there had been no credible sightings, a spokesman with the sheriff's office said.

The young child was last reported seen December 26. She had blonde hair, blue eyes and was wearing a pink tracksuit, pink shoes and a pink bow when she went missing.

"We're conducting the investigation and obviously we've been talking to as many people as we've come in contact with that knew about the child," Sullivan County Sheriff's Office spokesman Capt. Andy Seabolt had told CNN affiliate WCYB at the beginning of the search. "We want to know why the child was not reported missing earlier."

"We pray every day she is found, in good health and can be brought back and taken care of," her great-grandfather, David Jones, told WCYB.