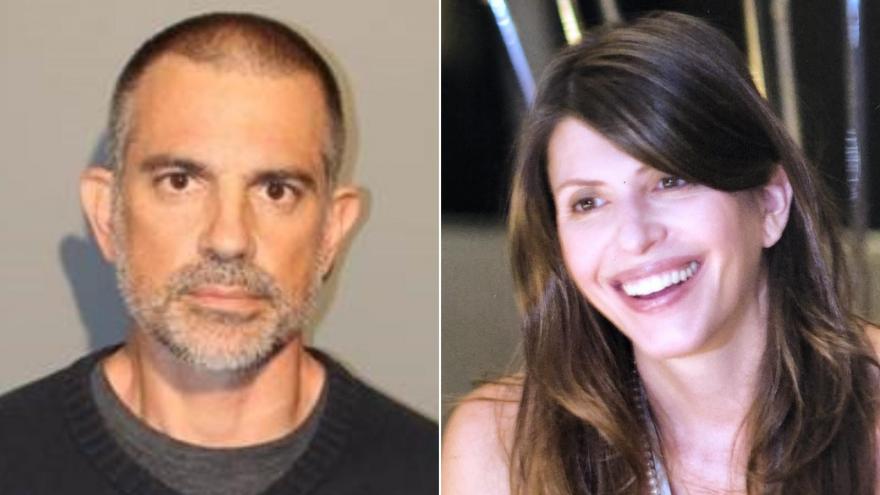 A hyperbaric oxygen chamber could be used to treat several medical conditions, including burns and carbon monoxide poisoning. It pumps oxygen into the body.

Dulos had been in critical condition at the first hospital, UConn Health Center in Farmington, McKenzie said. Details about his condition at the hospital in the Bronx weren't immediately available.

McKenzie said officers conducted a well-being check at his house on Tuesday just before noon after Dulos did not appear in court for an emergency bond hearing. Upon arrival, officers saw Dulos sitting in his vehicle in the house's garage in obvious signs of medical distress, so they forced entry and began CPR, he said.

He was alone at his home at the time, McKenzie said.

Overhead video of the home, filmed by CNN affiliate WFSB, shows officers performing chest compressions on a person lying on the ground for more than 10 minutes.

Dulos was due to attend the emergency bond hearing after one of the properties used to secure his $6 million bond was determined to be in foreclosure, Scott Willis, CEO of Palmetto Surety Corporation, confirmed to CNN.

Six properties were used as collateral to secure Dulos' $6 million bond earlier this month. Palmetto Surety alerted the state officials Tuesday morning after it was determined that one of those properties was in foreclosure and didn't meet the bond requirement set by the court.

That emergency bond hearing has been rescheduled to 2 p.m. on Wednesday. He is not required to be present at the hearing, according to the Stamford Criminal Clerk's Office.

Jennifer Farber Dulos, a 50-year-old mother of five, disappeared in May 2019 in New Canaan, Connecticut, after she dropped her children off at school. Investigators found her car near a park not far from her home, but she has not been seen or heard from since, and officials now believe she is dead.

She and Fotis Dulos, 52, were in the midst of a bitter custody battle. Jennifer Farber Dulos moved out in 2017 to a home in New Canaan and filed for divorce, court records show. She had told officials she was afraid of her husband before her disappearance, according to court documents obtained by CNN.

"I know that filing for divorce and filing this motion will enrage him," she said, according to the documents. "I know he will retaliate by trying to harm me in some way."

Fotis Dulos denied making any threats or bullying her, according to court filings.

He and his then-girlfriend, Michelle Troconis, were arrested in June and charged with tampering with or fabricating evidence after investigators found blood stains and evidence of attempts to clean the crime scene, officials said. They had pleaded not guilty.

He was arrested on murder and kidnapping charges earlier this month and again pleaded not guilty. Troconis, as well as Dulos' friend and former attorney, Kent Mawhinney, have also been arraigned on a charge of conspiracy to commit murder. Neither has entered a plea yet.

Fotis Dulos has denied wrongdoing and his attorney has said the murder case against him lacks sufficient evidence.

He was released on a $6 million bond earlier this month, and an emergency bond hearing was set for Tuesday at noon.

The day she went missing, surveillance cameras captured someone matching the description of her estranged husband getting out of his truck and putting "multiple garage bags into various trash receptacles" in the Hartford area, authorities said. Detectives later recovered clothing and household goods from trash receptacles with Jennifer Dulos' blood on it.

Fotis Dulos is president and CEO of the Fore Group, a Farmington-based company that builds custom homes.