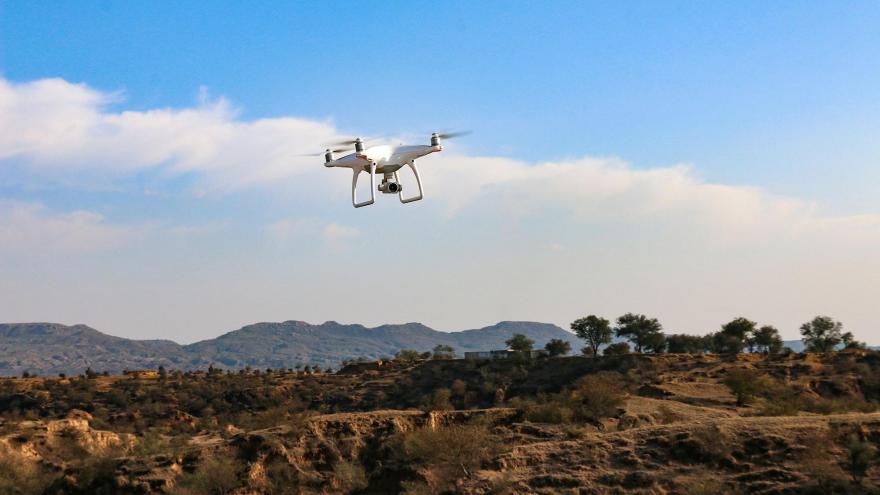 Colorado authorities said deputies had spotted more than a dozen unmanned drones flying in the northeast part of the state. Authorities are looking for the vehicle that may be controlling the aircraft.

(CNN) -- They came out of nowhere. And while authorities have said the drones flying in rural Colorado and Nebraska don't appear malicious, there's not a whole lot more they know about them. But they are looking for the vehicle that may be controlling the aircraft.

Last week, Colorado authorities said deputies had spotted more than a dozen unmanned drones flying in the northeast part of the state.

In a post Monday, the Phillips County Sheriff's Office in Holyoke, Colorado, said local, state and federal authorities held a meeting over the "drone issue," and are now asking for the public's assistance in finding the command vehicle.

"We are looking for a closed box trailer with antennas or a large van that does not belong in the area," the sheriff's office said

The sheriff's office added they have organized a task force. CNN has reached out for further comment.

The Federal Aviation Administration said it was working to gather more information on the drone sightings in both states.

"The purpose of today's meeting was for the various agencies to share information and to discuss how we can most effectively collaborate in our efforts," the agency said in a statement.

The FAA said it has contacted Unmanned Aircraft System test sites, drone companies and companies operating drones in the areas and still hasn't been able to determine who has been behind the aircraft.

"We have contacted General Aviation (GA) airports in the affected counties to ensure they are aware of the sightings; to ask the pilots using their airports to be cautious and to report sightings; and to report any people they see operating drones on the ground," the statement said.

Last week, Yuma County Sheriff Todd Combs wrote in a Facebook post that while the drones were operating within federal guidelines, they were making residents "very nervous and anxious."

"There are many theories about what is going on, but at this point, that's all they are. I think we are all feeling a little bit vulnerable due to the intrusion of our privacy that we enjoy in our rural community, but I don't have a solution or know of one right now. All I can say is don't live your life in the fear of the unknown," the sheriff wrote.

The drones, he said in his post, all seemed to stay at least 150-200 feet away from buildings and people and are flying in airspace controlled by the federal government.

These sightings come as the FAA proposed new rules that will require most drones to use remote ID technology that will allow the FAA, law enforcement and federal security agencies to identify drones flying in their jurisdiction.

Nearly 1.5 million drones and 160,000 remote pilots are registered with the FAA, the agency said.