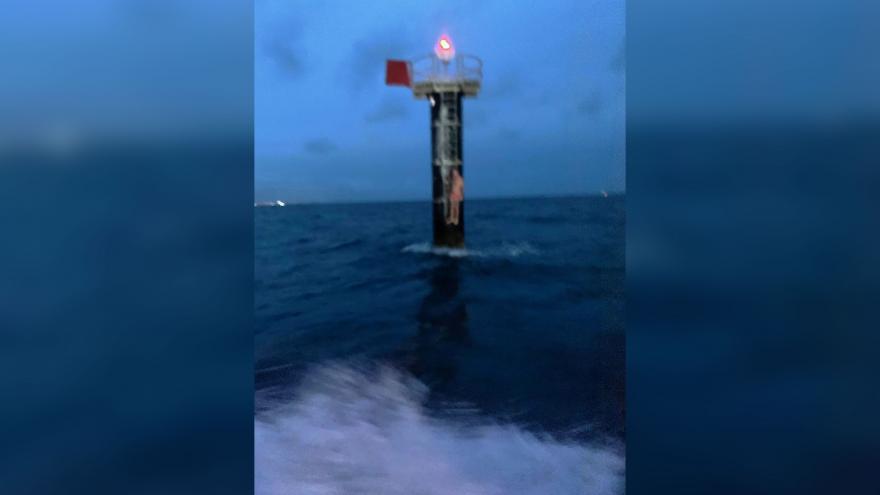 (CNN) -- An Australian sailor has been rescued after being found clinging to a beacon in the Pacific Ocean.

David Simpson, 64, was thrown from his boat when a strong wave hit the vessel near Caloundra, on Queensland's Sunshine Coast, CNN affiliate 9News reported.

He watched as his boat -- with his dog on board -- floated away, and then managed to swim around half a mile to a water beacon, where he waited to be pushed up by a wave in order to cling to to the beacon's ladder.

"The wave hit the side of the boat and I was trying to secure the dinghy which had come a little bit adrift and a rope broke holding the dinghy," Simpson told 9News. "The dinghy hit me... and I fell about 2.5, 3 meters on my ribs and off the boat."

Another sailor later discovered the unmanned vessel with the motor still running and dog on board, and alerted authorities. 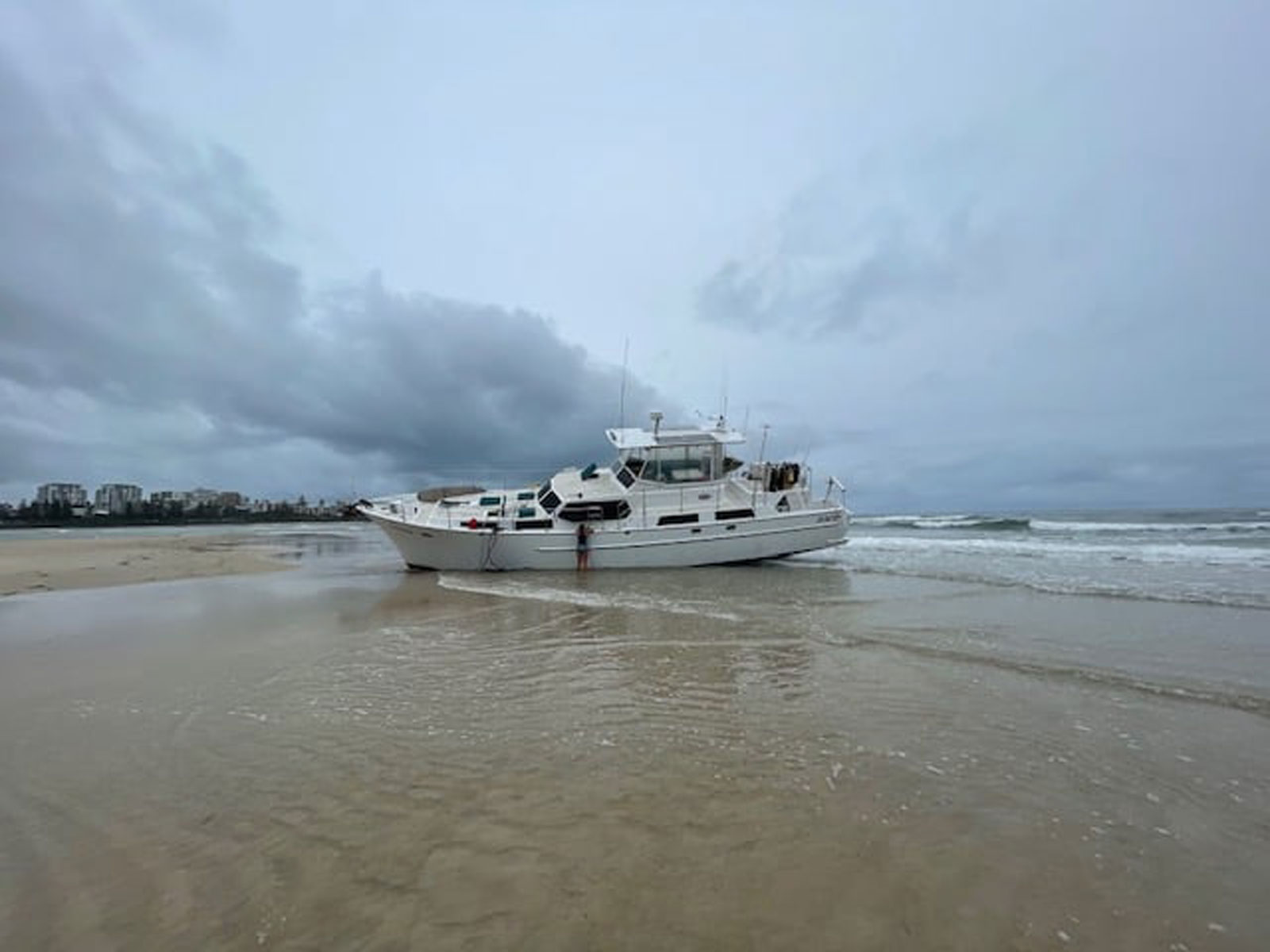 Simpson said he tried to attract attention in any way he could, and even took his shorts off to wave them around. "Maybe that's why nobody stopped, because I was naked," he said.

Three hours after the alarm was raised, Simpson was found by a helicopter, which spotted him in the dark 1.6 miles away from his vessel.

"He's a very lucky man to be able to get to that beacon," Ian Hunt, commander of the Mooloolaba coastguard, told 9News.

The Mooloolaba coastguard said Wednesday that attempts to retrieve the now-grounded vessel are ongoing. 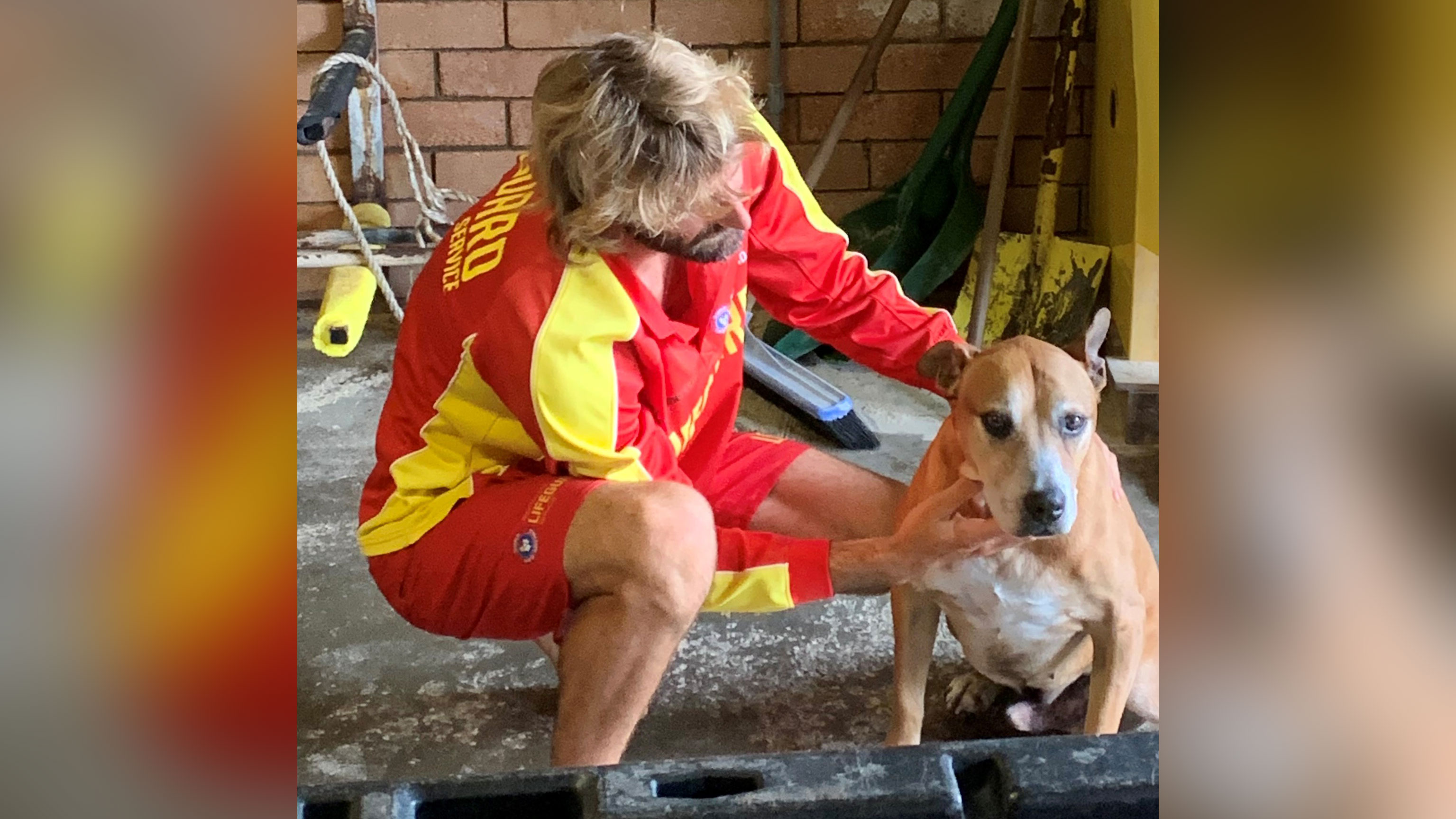