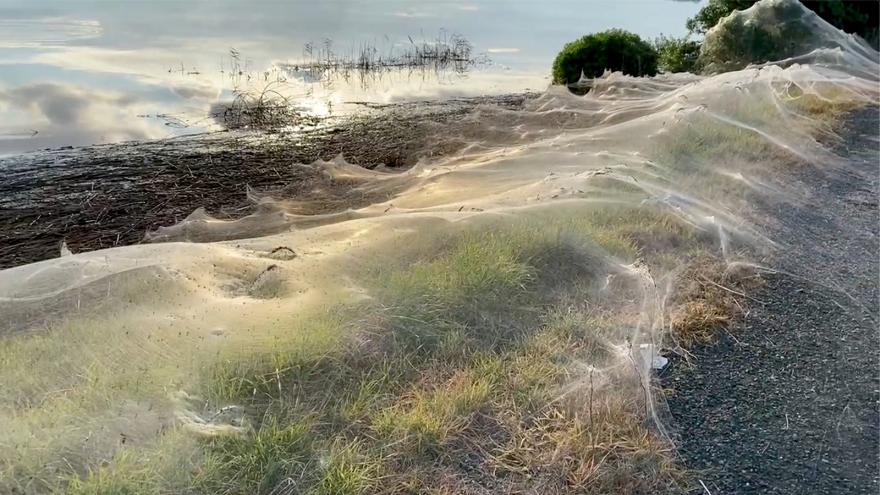 Residents of the Australian region of Gippsland in the state of Victoria were greeted with layers of gossamer cobwebs after the area was hit by severe flooding, according to CNN affiliate 9News.

The Victoria State Emergency Service issued multiple flood warnings for the rural area in early June, with some residents urged to evacuate, according to tweets from Darren Chester, the MP for Gippsland.

As the humans fled to safety, so did the spiders.

Professor Dieter Hochuli, an ecologist from the University of Sydney, told CNN affiliate 7News that the sea of spider silk was not surprising given the weather conditions.

"This is a surprisingly common phenomenon after floods," he said. 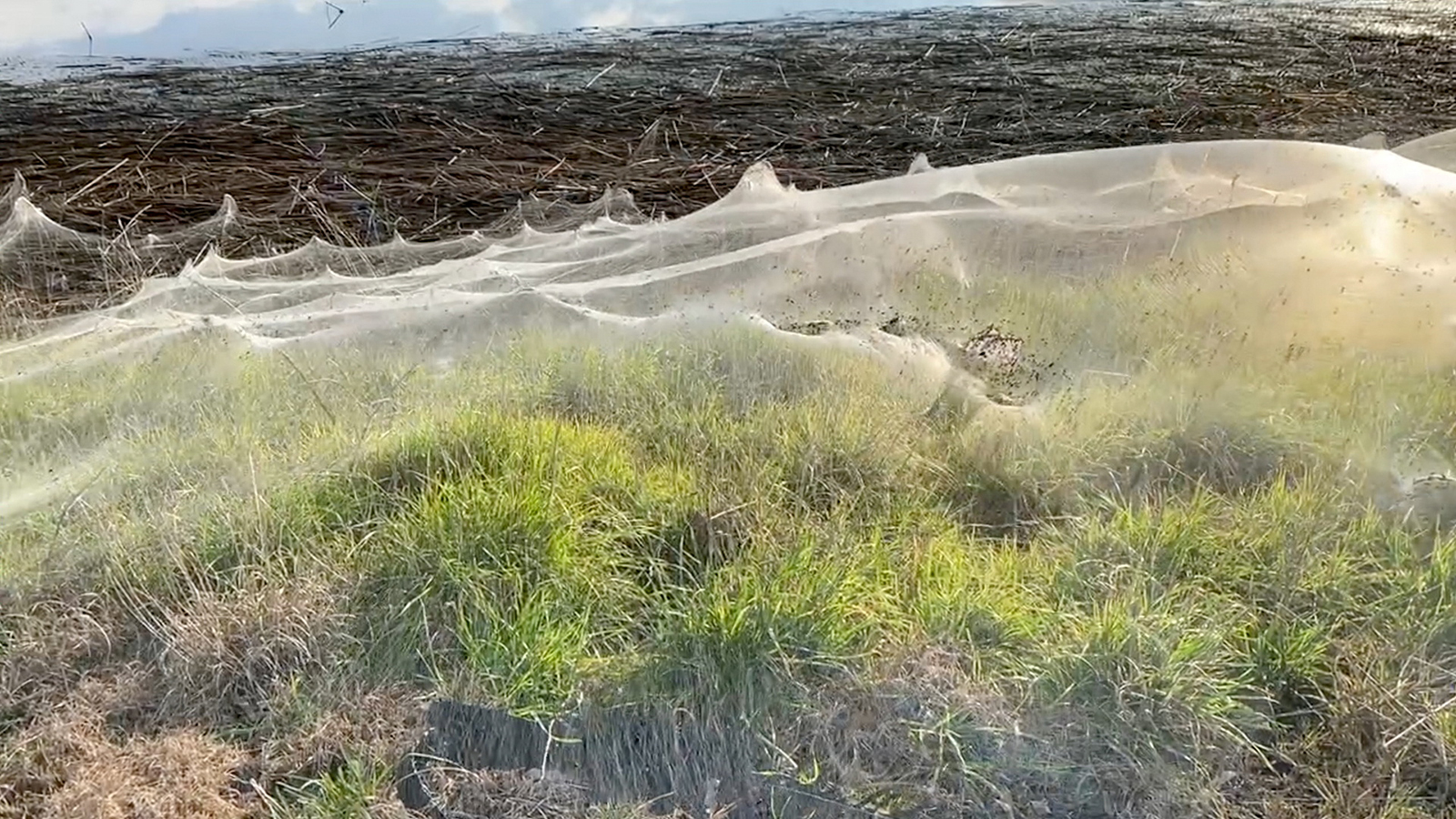 "When we get these types of very heavy rains and flooding, these animals who spend their lives cryptically on the ground can't live there anymore, and do exactly what we try to do -- they move to the higher ground," he added.

Hochuli said the arachnids responsible were sheet web spiders, which normally live on the ground.

The phenomenon is known as ballooning. The Australian Museum's website states that the process involves spiders "ascending to a high point on foliage and letting out fine silk lines that catch the breeze and eventually gain enough lift to waft the spider up and away."

The website adds: "Simultaneous ballooning by thousands of spiderlings can result in a remarkable carpet of silk, called gossamer, covering shrubs or fields."

While the eight-legged creatures take shelter on higher ground, the work of emergency services in the region continues.

"We can see mother nature can be beautiful but she can also be destructive," Carolyn Crossley, a local councilor, wrote on her Facebook page, noting that hundreds of homes in the area remained without power.

Victoria state's emergency management commissioner, Andrew Crisp, said on Twitter that he traveled to the area on Sunday.

"Work continues on relief and recovery," he said.

The storms have wreaked havoc across Victoria. An injured mother and son were rescued by police officers on June 9 after a tree branch fell on their home.

And at least two people in the state have died amid the crisis. On June 10, police discovered a man's body in flood waters after his car was almost submerged. The following, day a woman's body was found in a vehicle in the flood waters. 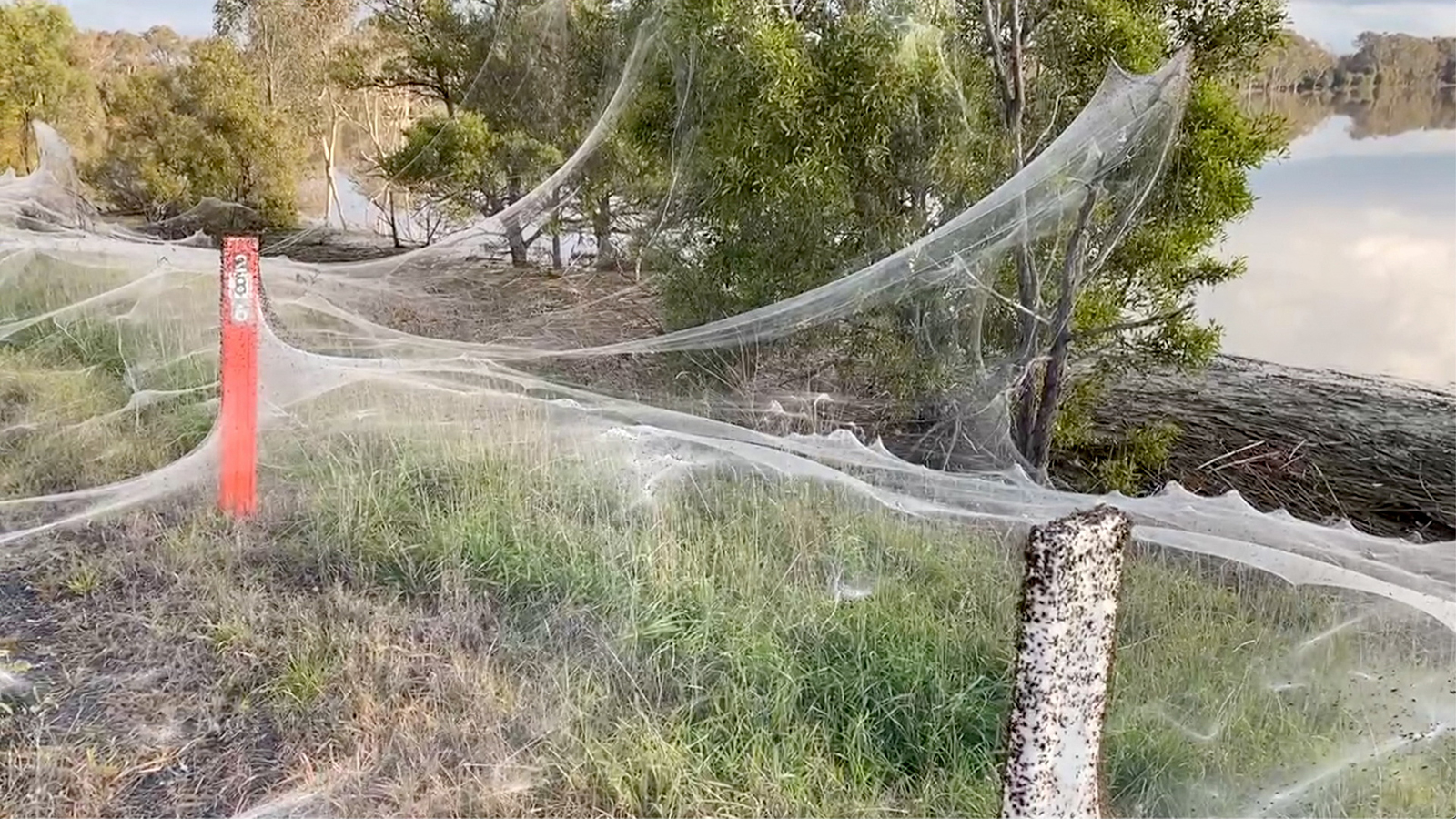