Augie the dog celebrated her 20th birthday this week, making her the oldest golden retriever in history 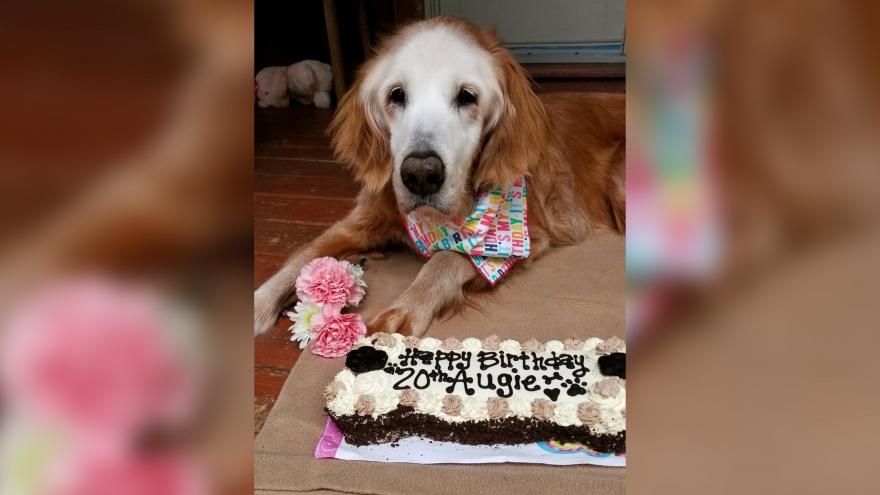 (CNN) -- With a dog-friendly cake and loved ones around her, August the golden retriever celebrated her birthday recently. But little did she know that as she licked the frosting off her cake, she was making history.

There have been accounts of goldens living to 17 or 18, and even a few stories about 19-year-old goldens, but Augie is the first to reach 20, according to Golden Hearts, the blog that first shared the dog's story.

On April 24, Augie celebrated her 20th birthday with her humans, Jennifer and Steve Hetterscheidt, and her three furry siblings at their home in Oakland, Tennessee. 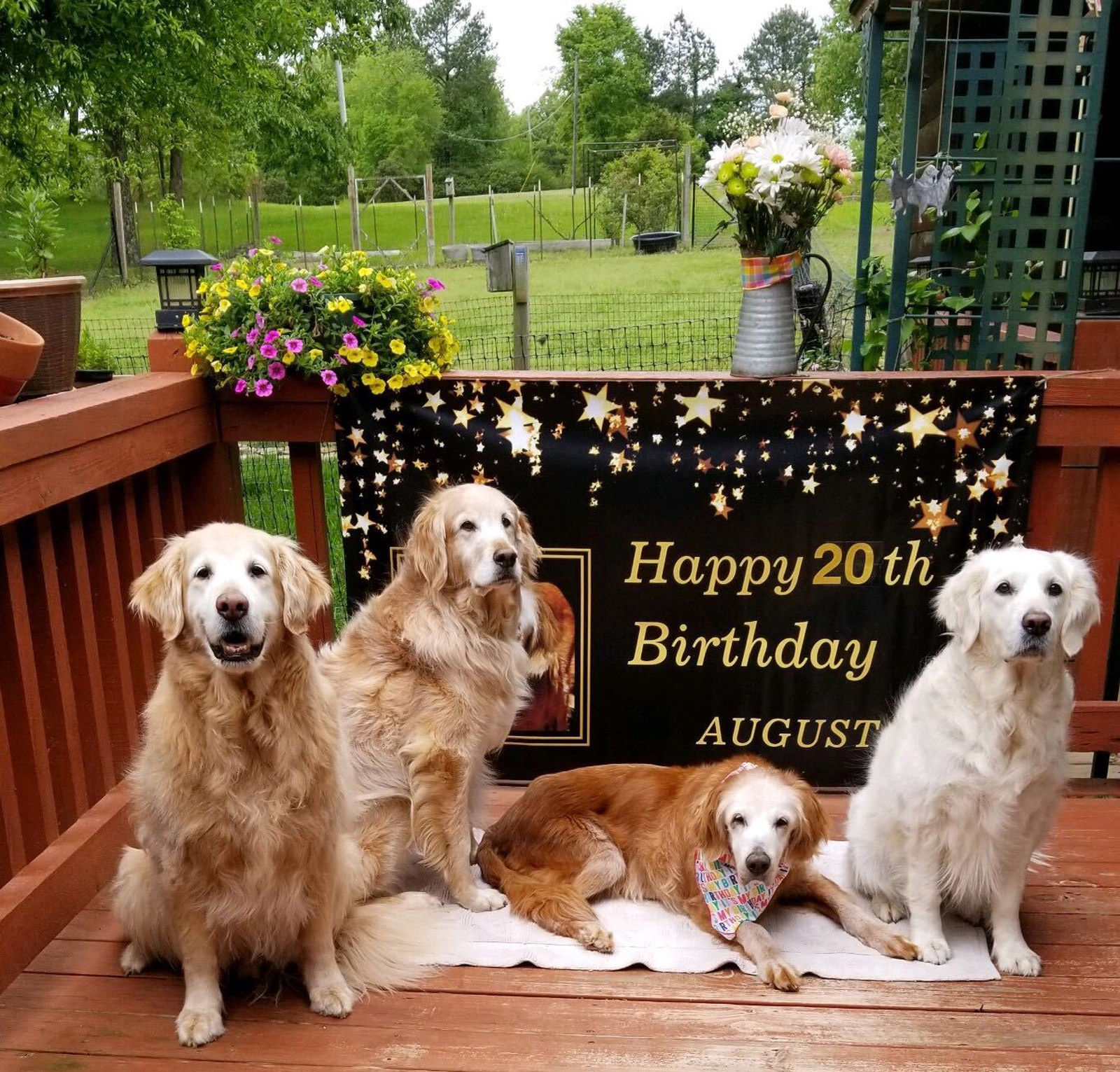 While the coronavirus pandemic canceled the 100-person party planned by Augie's humans, they still made sure Augie felt loved.

"She had a dog-friendly carrot cake, the interior of the house was completely decorated," Jennifer Hetterscheidt told CNN. "She got all her favorite foods like blueberries, bread and pasta, of course, in moderation."

Augie was adopted by the Hetterscheidts when she was 14 after being rehomed twice. Jennifer Hetterscheidt was working at a golden retriever rescue organization in Nevada as the intake director. As soon as she laid eyes on Augie, she fell in love, she said.

"She's just darling. There's nothing to not love about her," Jennifer Hetterscheidt said. "She's happy doing something and happy doing nothing."

"I can't imagine life without her," she added.

While Augie was already a senior dog when she was adopted, that didn't stop her and her family from taking road trips across the country and spending entire summers at the pool. 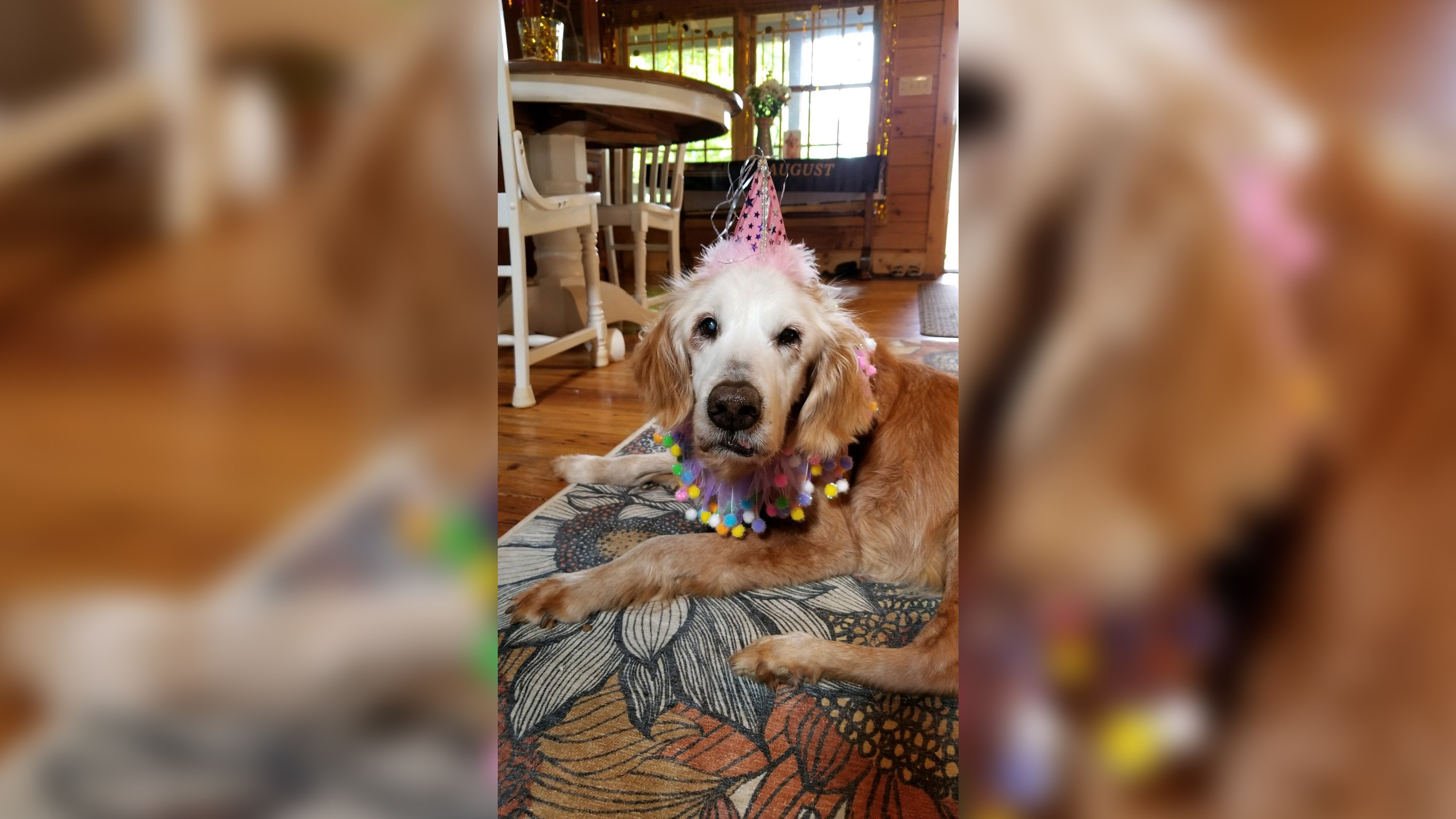 Today, Augie is slower and a bit more wobbly.

"She'll stumble now and then but as long as she can get a grip where she is, she can get up," Jennifer Hetterscheidt said. "Even though she's easy to care for, we watch her like a hawk every moment that we're awake."

It's unknown how much longer Augie has to live, but Jennifer Hetterscheidt said they're already looking forward to her 21st birthday.