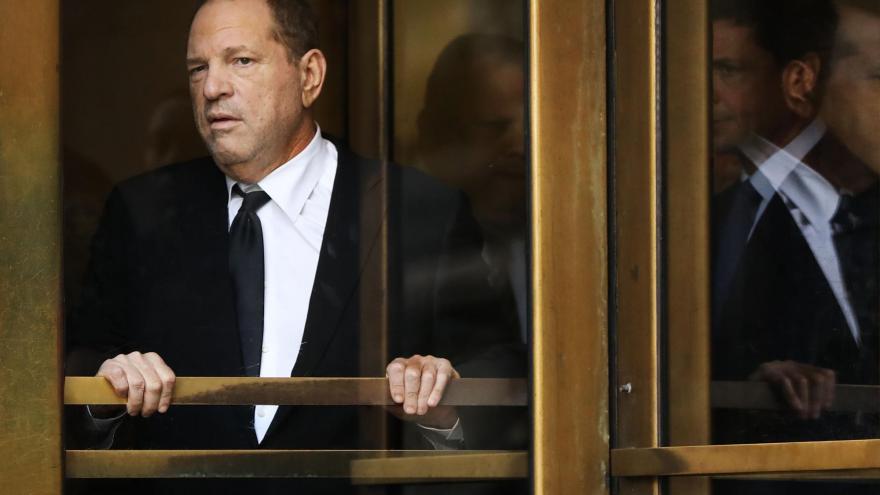 Attorneys for one of Harvey Weinstein's alleged victims on Wednesday rejected a tentative deal between the disgraced movie producer, his bankrupt company and dozens of his accusers.

(CNN) -- Attorneys for one of Harvey Weinstein's alleged victims on Wednesday rejected a tentative deal between the disgraced movie producer, his bankrupt company and dozens of his accusers.

A source with knowledge of the deal confirmed to CNN a tentative deal has been reached. In the agreement, which needs sign off from all parties and a bankruptcy court, Weinstein does not have to admit to any wrongdoing, according to the source.

The source would not disclose the amount of the tentative deal, but according to The New York Times which first reported the deal, $25 million would go to his accusers. Weinstein has always maintained that any sexual encounters he was involved in were consensual.

In a statement, Douglas H. Wigdor and Kevin Mintzer, who represent an alleged victim said: "We reject the notion that this was the best settlement that could have been achieved on behalf of the victims."

"It is shameful that $12 million of the settlement is going to the lawyers for the directors who we alleged enabled Harvey Weinstein and it is even more outrageous that the proposed settlement will seek to bind non participating members by providing a release to the insurance companies and the directors of the Weinstein Company itself," the statement said.

"While we don't begrudge victims who want to settle, we plan to vigorously object to any provision that tries to bind victims who want to proceed with holding Harvey Weinstein accountable for his actions which is exactly what we intend to do," the statement said.

The New York State Office of the Attorney General declined to comment on the tentative deal.

Tentative settlement is 'a symptom of a problematic, broken system'

"This settlement is more than a math problem -- it's a symptom of a problematic, broken system that privileges powerful abusers at the expense of survivors," she said in a statement.

"While this settlement is flawed, we know it represents the hard work of several survivors of Harvey Weinstein. We hope it brings them, and perhaps others, some small measure of justice and relief that is long overdue," she said.

The settlement is separate from the criminal case pending against Weinstein.

Prosecutors accuse Weinstein of raping a woman in a New York hotel room in 2013 and forcibly performing oral sex on another woman at his Manhattan apartment in 2006.

He faces two counts of predatory sexual assault, one count of criminal sexual act in the first degree and one count each of first-degree rape and third-degree rape.

He has pleaded not guilty to all charges and vigorously denied all of the allegations of rape.

While his charges relate to the two women, more than 80 others have publicly accused him of wrongdoing ranging from unwanted advances to rape.