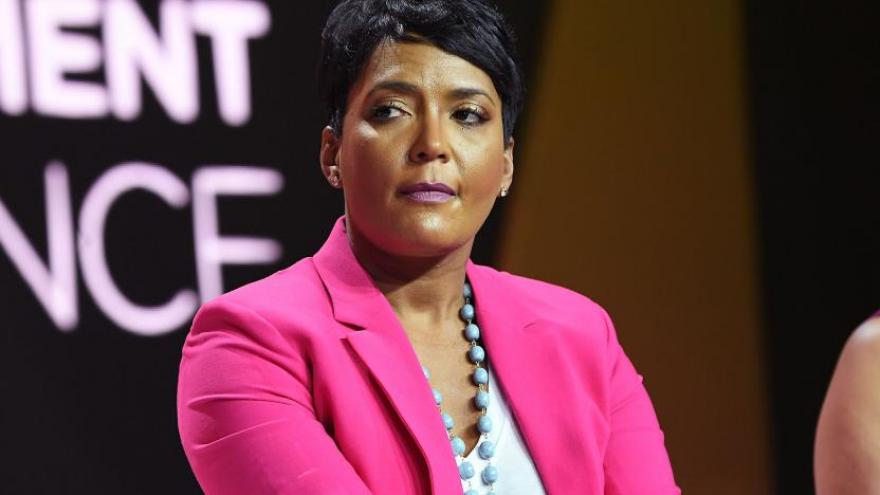 "We can't ignore the fact that there were Asian women who were -- seem to have been targeted in these Asian massage parlors," Bottoms, a Democrat, told CNN's David Axelrod on an episode of "The Axe Files" podcast released Thursday.

The shooting rampage on Tuesday took place at three different Atlanta-area spas -- one in Cherokee County and two across the street from one another within the city -- and left eight people dead, while another was wounded. Robert Aaron Long, 21, has been charged in the shootings, and investigators say he has told them the killings were not racially motivated.

But Bottoms noted that "we're listening to a confessed murderer," and said Long's statements to investigators have to be taken "with a grain of salt."

The mayor also said that Long intended to go to Florida, where he "intended to do even more harm," calling his arrest "a silver lining in all of this."

"It's just been a very, very dark day in our city and (there are) still so many things that we don't have the answers to," she added.

Atlanta Police Chief Rodney Bryant said it's still too early to know a motive behind the violence. A statement seemingly in contradiction to statements from Cherokee County sheriff's Capt. Jay Baker who said at a news conference yesterday that Long told police he had a sex addiction and he saw the spas as "a temptation....that he wanted to eliminate." Statements that have been criticized by local lawmakers as dehumanizing the victims.

Bottoms also told CNN's Wolf Blitzer on Wednesday that people need to stand in solidarity with Asian Americans like they did with Black Americans last summer and that she thought "it would be appropriate" if Long was charged with a hate crime.

"In the same way African Americans across this country asked for support and we asked for people to stand with us over the summer, it's important that people stand with our Asian brothers and sisters in the same way," she said.