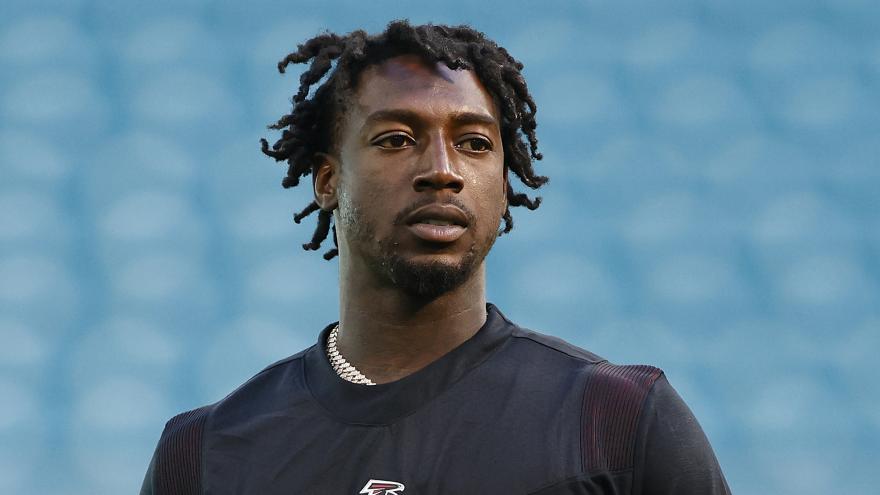 (CNN) -- Atlanta Falcons wide receiver Calvin Ridley has been suspended indefinitely for gambling on NFL games during the 2021 season, the league announced Monday.

The suspension will last at least through the conclusion of the 2022 season, the NFL said. Ridley, 27, may petition for reinstatement on or after February 15, 2023.

In a letter to Ridley notifying him of his suspension, NFL commissioner Roger Goodell wrote, "Your actions put the integrity of the game at risk, threatened to damage public confidence in professional football, and potentially undermined the reputations of your fellow players throughout the NFL.

"For decades, gambling on NFL games has been considered among the most significant violations of league policy warranting the most substantial sanction. In your case, I acknowledge and commend you for your promptly reporting for an interview, and for admitting your actions."

The NFL's investigation found no evidence that any game was compromised in any way by Ridley's actions. The league did not specify which games Ridley gambled on.

CNN has reached out to the NFL Players Association and Ridley's agents for comment.

Ridley had stepped away from football for personal reasons

After the NFL announced Ridley's suspension, the former Alabama standout tweeted, "I bet 1500 total I don't have a gambling problem."

The league says the gambling allegedly took place during a five-day period in late November 2021 while Ridley was not with the team and was away from the club's facility on the non-football illness list.

A few weeks prior, on October 31, Ridley announced he was stepping away from the Falcons for personal reasons.

At the time, Ridley wrote, "These past few weeks have been very challenging and as much as I'd like to be on the field competing with my teammates, I need to step away from football at this time and focus on my mental wellbeing. This will help me be the best version of myself now and in the future. I want to thank my teammates, the entire Atlanta Falcons organization, our great fans, my friends, and my family for all of their support during this time."

Ridley won two national championships during his time at the University of Alabama and was a first-round draft pick for the Falcons in 2018.