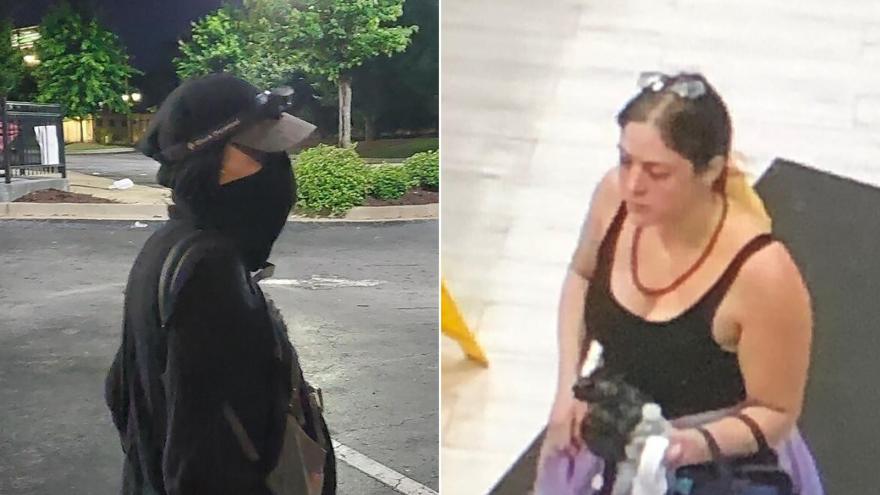 Atlanta authorities are looking for the suspects who lit a Wendy's on fire after Rayshard Brooks' shooting.

(CNN) -- Atlanta fire officials are looking for two women suspected of starting a fire at the Wendy's where Rayshard Brooks was shot last week.

Brooks was killed in the Wendy's parking lot by Atlanta police Friday night, after officers responded to a call of a man sleeping in a vehicle.

The following night, widespread protests led crowds to the fast food restaurant and the Wendy's was set ablaze and quickly was engulfed in flames.

Atlanta Fire Section Chief James Oliver said in a news conference that the fire was started in multiple locations at the store using multiple incendiary devices, including homemade blow torches, fireworks and combustible materials lit and thrown inside of the restaurant.

Atlanta Fire Chief Randall Slaughter said that while crews were on the scene before the fire was set, the building was surrounded by protesters and authorities could not get near it.

The chief said about 60 firefighters were at the scene at the time of the fire.

"We were positioned and ready just in case a fire started, but once we tried to make access and the position became so dangerous for our firefighters, there was no way we were going to allow them to continue to go in and have the possibility of getting hurt themselves," Slaughter said.

Oliver announced the Georgia Arson Control Board is offering $10,000 -- on top of the $10,000 already offered by Crime Stoppers -- as a reward in the case.