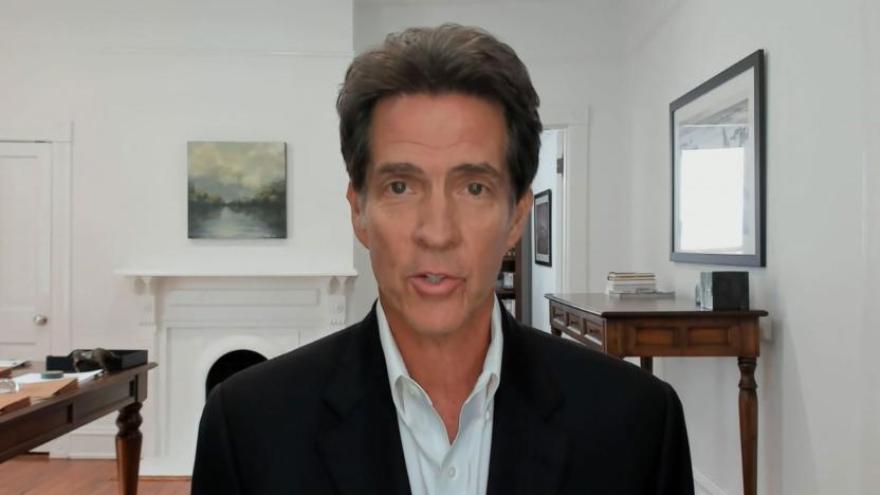 First responders received a call about "two swimmers in distress" at Gould's Inlet beach, just after 2 p.m., said DiCristofalo, who confirmed the two swimmers were Pate and his son.

While they were heading to the scene, the water rescue team learned that "the adolescent victim reached shore safely," DiCristofalo said.

A rescue boat pulled Pate from the water and took him to the hospital, where he was pronounced dead, DiCristofalo said.

Gould's Inlet beach is known for its rip currents, according to DiCristofalo.

"I don't have direct information whether they were together and got drawn out," added DiCristofalo.

Pate's law firm, Pate, Johnson & Church, described him as a trial lawyer of more than 25 years. He was also "a founding member of the Georgia Innocence Project" and "a member of the Federal and Atlanta Bar Associations, the Georgia Trial Lawyers Association," along with "numerous other organizations dedicated to advancing justice and the legal profession."

Pate leaves behind a wife and two sons.

"Some of Page's happiest moments were on trips with his sons, whether long hikes on the West Coast or taking in Nascar races," said the statement from his law firm.

He graduated with honors from the University of Georgia Law School in 1994.

Pate was a trusted legal voice for many local and national media organizations, including CNN, where he appeared frequently to provide insight and perspective as a criminal defense and constitutional law attorney on high-profile cases.

The Georgia Association of Criminal Defense Lawyers (GACDL) said in a statement its members were "shocked and saddened to hear the news of Page Pate's passing. The GACDL community sends thoughts of peace and comfort to his family and friends. Page was a larger-than-life person and attorney."

He remained active with the Georgia Innocence Project "over the years," the organization said, joining its board of directors in 2018 and serving for "the past several years" on the board's executive committee and as chair of its public relations committee.

He was a "fierce advocate for the criminally accused and unjustly convicted," the organization said in a statement.

"Above all else, we will remember Page's kindness and generosity, always willing to give anything he could to help, whether it be a personal matter or professional, and never asking for anything in return," the organization said.