Atlanta-area spa shooter pleads guilty to four killings and gets life in prison, but still could face death penalty 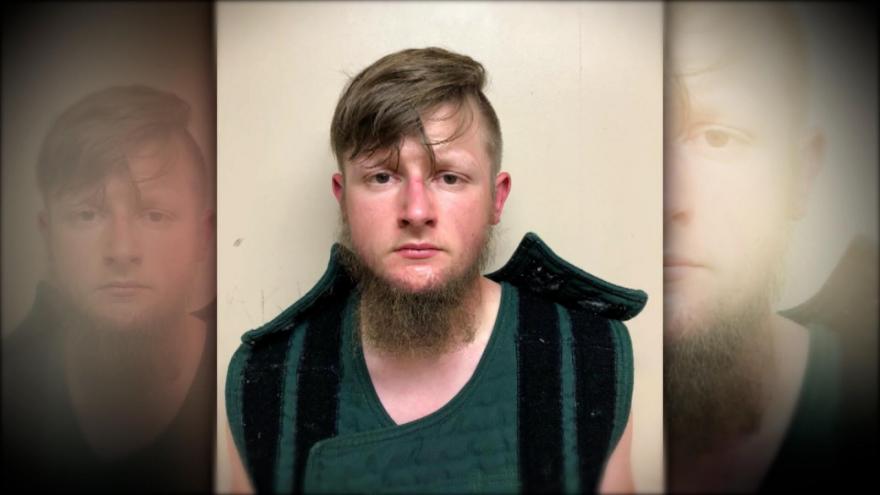 The man accused of fatally shooting eight people at three Atlanta-area spas in March pleaded guilty July 27 to four of the killings. Robert Aaron Long was charged with murder in both Fulton and Cherokee counties in connection with the March 16 killings.

(CNN) -- The Georgia man accused of fatally shooting eight people at three Atlanta-area spas in March pleaded guilty Tuesday to four of the killings and was sentenced to life in prison, although he still faces the possibility of the death penalty.

Robert Aaron Long agreed in a Cherokee County courtroom to plead guilty to 23 charges in all, including four counts of malice murder, and was sentenced to four consecutive life sentences without the possibility of parole, plus 35 years.

The sentence represents the first part of a lengthy legal path ahead. Long still faces an additional 19 charges in nearby Fulton County, where prosecutors will be pursuing the death penalty for hate crimes targeting the sex and race of the victims.

In court Tuesday, wearing handcuffs tied to his waist, Long stood at the lectern and calmly explained how and why he carried out the first of his three spa shootings.

Feeling hopeless and suicidal due to what he described as an addiction to sex, Long purchased a gun and ammo, drove to a liquor store to buy alcohol, and then arrived at Young's Asian Massage, where he said he had previously received sexual services. There, he sat in his car for about an hour drinking and deciding between killing himself or the people in the spa, he said.

He made up his mind and then went inside and got a "service" in a back room, he told the court. Afterward, he went to the bathroom, and when he came out, he started shooting at people, he said. He did not know or recognize any of the victims.

"How long was it between the first shot and the time that you left, if you recall?" the judge asked.

"It didn't feel like more than five minutes," Long said.

The comments reveal his own perspective about the killings on March 16, when Long opened fire at Young's spa, about 30 miles outside Atlanta in Cherokee County, and then at two neighboring spas in northeast Atlanta. He was arrested several hours later about 150 miles south of Atlanta.

Six of the eight victims were Asian women, and the shooting emphasized the wider rise in racism and violence against Asian Americans over the past year. In particular, the attacks illuminated the specific misogyny and racism that Asian women face.

The hate crime charges against Long in Fulton County are believed to be the first application of the law in Georgia.

Cherokee County District Attorney Shannon Wallace said she intended to seek the death penalty and hate crime charges based on gender had there not been a plea deal. She said that their investigation did not show Long had any bias or prejudice against Asians, and so prosecutors would not have sought a hate crime enhancement based on race.

Defense attorney Zachary H. Smith said in a statement he hoped prosecutors in Fulton County would also agree to a plea deal without the death penalty.

"It has been Mr. Long's desire to accept responsibility for his actions on March 16 from the time that he interviewed with police after his arrest," Smith said. "The Cherokee County District Attorney Shannon Wallace worked with us to negotiate this case to achieve today's result bringing finality in Cherokee County. It is our hope that the Fulton County District Attorney follows D.A. Wallace's example and agrees to a similar resolution in that county."

Long will be transferred to a Fulton County jail as ordered by a judge. He is scheduled to be arraigned on August 23.

After Long's arrest, he told authorities the shootings were "not racially motivated," according to the Cherokee County Sheriff's Office. He told authorities he believed he had a sex addiction and that he saw the spas as "a temptation ... that he wanted to eliminate," Sheriff's Capt. Jay Baker said then.

In court on Tuesday, he explained further why his "sexual struggles" caused such issues in his life.

"The avenues I take to meet those desires, it never felt like I had a lot of control over those urges and I became obsessive to the point where it would occupy a lot of my thought space," he said. "It's hurt a lot of the relationships in my life, and I still found myself going back to it even after all the efforts I made to treating it, coping skills with it, and I'd still go back to it."

Elcias Hernandez Ortiz, the lone survivor of the shooting, became emotional as he shared with the court in a raspy, soft voice about how difficult the last few months have been for him and his 10-year-old daughter. Ortiz was shot in the face and a bullet remains lodged in him.

"This has affected my voice. I used to sing, and now I won't be able to anymore," he said.

"How many lives did he take away? And he tried to take away mine too," he said.

The wife of Michels, Bonnie, also shared her pain and anguish with the court.

"A part of me died with him that day. He was my rock," she said. They had been married for 24 years.