At R. Kelly's trial, jurors will be the only members of the public allowed in the courtroom 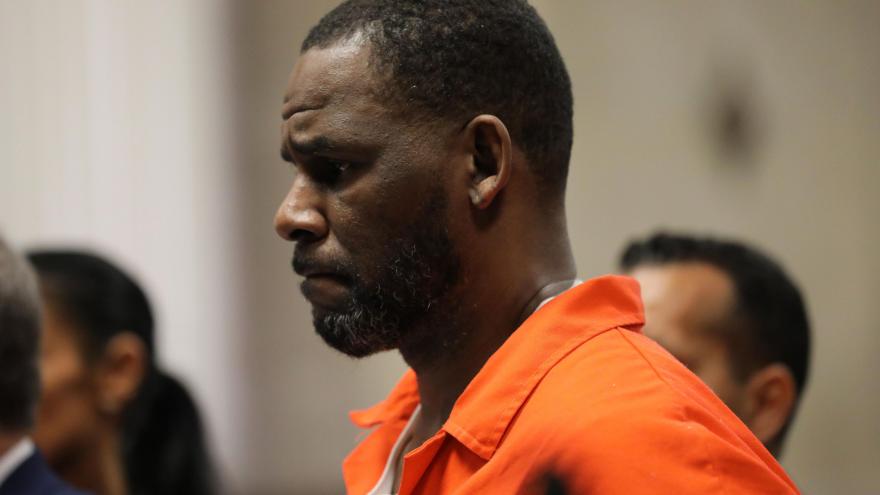 Twelve jurors and six alternates will be selected, and those chosen will be the only members of the public with an in-person view of the criminal trial for Kelly, who faces racketeering and sex trafficking charges and could face decades in prison. Kelly has denied the charges.

In an unusual move for a trial of this magnitude, the public and media will be unable to watch in person.

At a final pretrial hearing Tuesday, US District Judge Ann Donnelly described the unusual setup of the courtroom for trial, saying witnesses would testify from the jury box and jurors would be spread out among the gallery where media and members of the public generally sit.

Donnelly reiterated that media and members of the public would only be able to view the trial from a video feed in a separate "overflow" room and that they would likely be unable to see evidence as it's presented at trial.

Attorneys representing multiple media outlets requested to have at least a limited pool of reporters allowed into the courtroom, a request that Donnelly denied, citing the need to spread out jurors in the gallery, and saying it would be "inappropriate to seat the jurors with members of the public, including reporters, even if there were adequate space."

Donnelly, who said her decision to limit access was warranted by the court's interest in "ensuring public safety during a global health pandemic," will, however, not be asking about jurors' vaccine status. They will be required to wear masks.

Kelly, who has been detained for more than two years awaiting his trial, was moved to a federal facility in Brooklyn.

Opening arguments are expected to begin on August 18, and the trial may last between six and eight weeks. The nearly week break between jury selection and the trial's start is due in part to Kelly's recently added lawyer, Deveraux Cannick, asking for more time to be able to prepare for trial.

The Brooklyn federal case is Kelly's second time heading to trial, after he was acquitted in 2008 of child pornography charges.

In this case, Kelly is facing a multitude of charges, including racketeering charges based on acts including sexual exploitation of children, kidnapping, forced labor and sex trafficking.

Prosecutors allege Kelly was the leader of a criminal enterprise made up of associates who promoted Kelly's music and his brand "to recruit women and girls to engage in illegal sexual activity" with the singer, according to an indictment filed by prosecutors. The filing states that people who served as managers, bodyguards, drivers, personal assistants and members of his entourage were part of his criminal enterprise.

Prosecutors say when Kelly performed at concerts, Kelly or members of his enterprise would invite women and girls backstage and to events after the shows, and on occasion, to travel to see him throughout the country. Prosecutors have charged that Kelly took sexually explicit videos or photographs with multiple girls who were minors. They allege that, at times, the girls and women Kelly had sex with would be kept in rooms "for days at a time with no access to food."

His 2008 Illinois case is expected to be introduced at Kelly's Brooklyn trial, as prosecutors will allege that Kelly attempted to influence a juror in that previous trial. A man identified as "John Doe #1" is expected to testify that around May 2008, when he informed Kelly that he had access to a juror in Kelly's previous criminal trial, Kelly "specifically requested that (he) make contact with the juror and tell the juror that Kelly was a 'good guy,'" according to a court filing. Kelly was ultimately acquitted.

Thomas Farinella, an attorney for Kelly, told CNN in July after prosecutors had requested to allow several uncharged acts to be discussed at trial that it was "nothing more than a veiled effort to pile on to further shape the public's perception in this case, ignoring that Mr. Kelly is presumed innocent until proven otherwise."

"As the trial nears we are looking forward to the truth prevailing," Farinella said at the time.