Police identify suspect in connection with multiple shootings near Phoenix 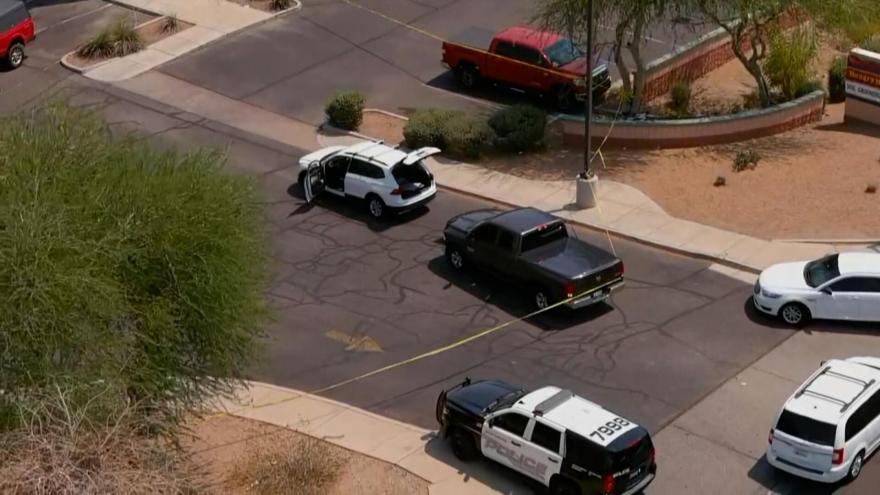 (CNN) -- Police arrested a 19-year-old man in connection with eight shootings near Phoenix, Arizona, on Thursday in which four people were shot, including one fatally.

Ashin Tricarico of Surprise, Arizona, is charged with one count of first-degree murder for the death of a 56-year-old man who was found shot in his car. Tricarico is also charged with endangerment and multiple counts of aggravated assault and drive-by shooting, the Peoria Police Department said.

"His motive is still unknown at this point as detectives are still sorting through evidence to determine exactly what occurred," the department said in a Friday news release.

Nine other people were hurt by shrapnel and debris, Peoria Police Sgt. Brandon Sheffert previously said at a news conference.

"We have a total of eight incidents as of now," he said.

The victims range from 19 to 56 years old and are "males and females of various races," according to the release. "A 3-year-old child was in one of the vehicles that was shot at but thankfully was not struck or injured."

Police pulled over the suspect in Surprise after his vehicle was spotted by a firefighter, Sheffert said.

The suspected shooter didn't resist arrest, police said, and a weapon was allegedly found in his vehicle.

Aerial video from CNN affiliate KPHO/KTVK showed a white SUV with doors open that the news station described as the suspect's vehicle.

Officials said they don't think there was more than one shooter. "There's no reason for the public to feel unsafe at this time," Surprise police Sgt. Tommy Hale said.

The FBI is assisting in the investigation.

It is unknown whether the patients had gunshot wounds or other injuries.

Banner Health officials, citing privacy laws, said they could not provide any additional information on the patients.

Peoria is about 9 miles east of Surprise, which is about 45 minutes from downtown Phoenix. Glendale runs south and east of the two cities.