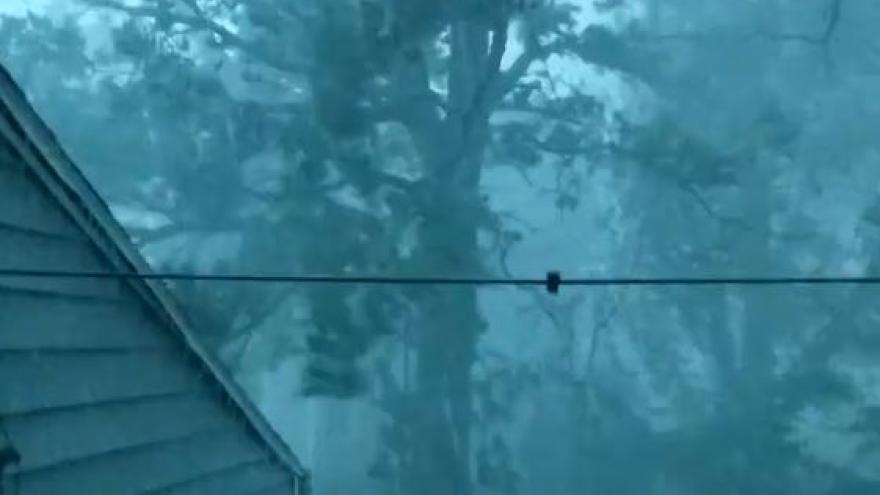 MILWAUKEE (AP) — The Latest on the aftermath of damaging storms that hit Wisconsin and Minnesota (all times local):

The National Weather Service in Milwaukee says at least 16 tornadoes touched down in Wisconsin as storms rolled through the state.

That tally could grow as weather service crews complete damage surveys of the storm that hit the state on Tuesday and Wednesday.

Several tornadoes touched down in Fond du Lac County. Lori Getter is a spokeswoman with Wisconsin Emergency Management. She says one tornado landed in Dodge County and traveled 3 miles (5 kilometers) on the ground, destroying trees.

Another formed along the Calumet-Manitowoc County line and destroyed a barn. No one was hurt.

Walker's office says the governor plans to survey the damage in the county Thursday morning where at least six tornadoes touched down this week. State emergency officials say 20 counties have been affected by flooding over the last 10 days.

This week's storms also left a trail of damage in Minnesota where torrential rain washed away an entire hillside near Como Falls, a waterfall on Thompson Creek. Local officials say the picturesque waterfall is gone and damage to the park is severe. Without the falls, authorities are concerned about a handful of nearby houses that could be flooded.

These are the local tornadoes that have been confirmed so far. There will likely be additions. The last time Wisconsin had a 10+ outbreak of tornadoes was June 14, 2017. The Green Bay market had 10 tornadoes on that day. pic.twitter.com/JJWYTBwwJJ

The buzz of chain saws could be heard around Wisconsin as residents worked to clean up from this week's damaging storms. The National Weather Service says at least eight tornadoes touched down in Wisconsin as storms rolled through the state Tuesday into Wednesday.

Despite a day of quieter weather Wednesday, flood warnings remain in effect for the Milwaukee River in Ozaukee County, the Crawfish River at Milford, the Rock River at Waupun, the Wisconsin River at Portage, the Baraboo River in Sauk County and the La Crosse River in La Crosse County.