At least 8 taken to hospitals after a Chicago building explosion 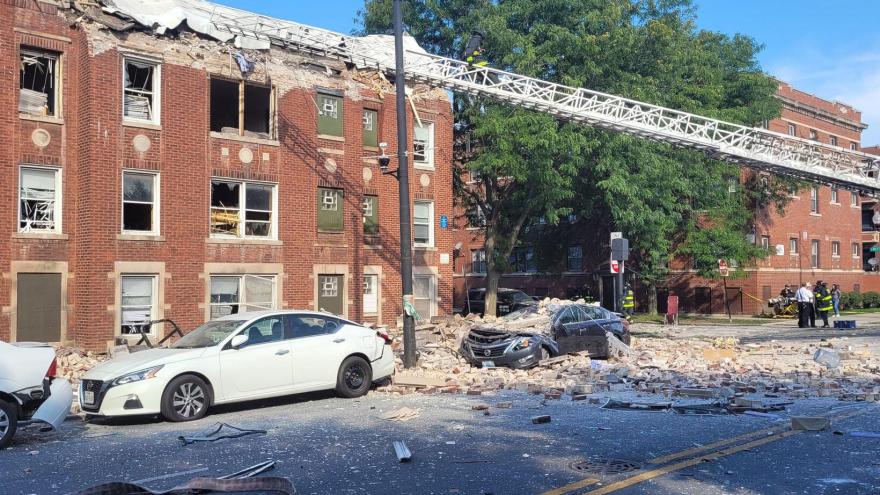 Six people have been taken to hospitals from the scene of a building explosion in Chicago on September 20, according to Chicago Fire.

(CNN) -- Eight people have been taken to hospitals from the scene of a building explosion in Chicago on Tuesday morning, according to Chicago Fire.

At least three of those people are listed in serious to critical condition, Chicago Fire said on Twitter. The source of the explosion is unknown at this time and remains under investigation, and the ATF and the Chicago Police bomb unit are on scene to assist.

Deputy Fire Commissioner Marc Ferman could not provide further details of the victims' conditions in a brief news conference but told reporters he'd heard the injuries range from "burns to traumatic injuries."

Authorities had to conduct a "technical sort of search" of the building due to its condition, Ferman said. The upper floor was "compromised," so technical experts were called in to support the structure with struts so rescue personnel could safely search for victims and remove debris.

The building has four stories and 35 units, Chicago Fire said on Twitter Tuesday afternoon, and investigators are looking at the top floor as the possible source.

Officials were "confident" they had gotten everyone out of the building, Ferman said, but the search remained ongoing. Residents have been displaced, he added, but it's not clear how many.

About 135 personnel from fire suppression, special operations and EMS responded to the scene, he said. Officials from gas, water and electric utilities were also on scene, Ferman said.