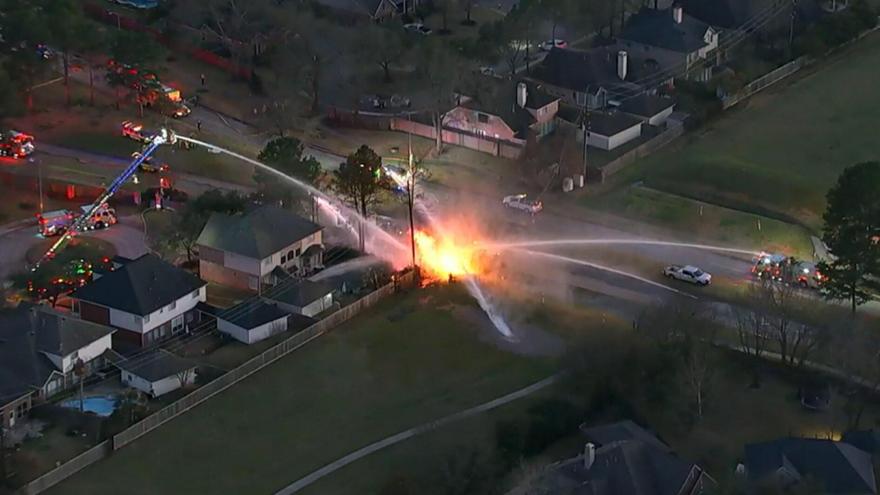 At least six energy company employees were injured after a "natural gas incident" in Gleannloch Farms near Spring, Texas, on March 5.

(CNN) -- At least six employees of CenterPoint Energy were transported to local hospitals Friday after what the company described as a "natural gas incident."

According to a post on Twitter by the Harris County Fire Marshal's Office, investigators were called to "a possible gas explosion and fire" and, based on initial reports, it seemed that crews working in the area struck a natural gas line.

Officials evacuated residents from the area and set up a 500-foot perimeter around the scene, according to another post from the HCFMO.

In addition to those injured, at least one home was damaged in the fire, according to the Marshal's office.

Electric service was also interrupted for about 800 customers in the area due to damage to some electrical equipment, Centerpoint's Koch said.

Crews from CenterPoint Energy will begin repairs to restore service to both natural gas and electricity customers impacted by the incident once the scene is safe, she added.