At least 4 killed and 2 injured after shooter sets fire to building in Houston, police chief says 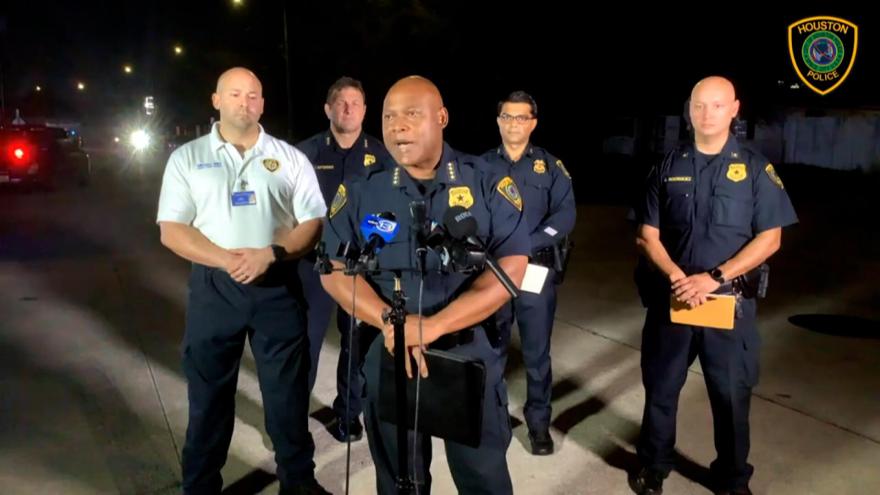 (CNN) -- At least four people were killed and two people were injured early Sunday morning after a man dressed in all black set fire to a building and then shot at people fleeing, Houston Police chief Troy Finner said in a news conference.

Among the four killed was the suspect, Finner said. The victims, all men, range in age from 40-60.

"This suspect, unfortunately, and very sadly, and very evilly, set fire to several residents," Finner said. The suspect then "laid in wait for those residents to come out and fired upon them," he said.

The incident occurred at a multiroom rental facility near 8020 Dunlap St., Finner said. The fire department arrived at the scene first to fight the fire, but had to retreat from the gunman upon arrival, he said.

"The suspect began to fire. I don't know if he was firing in their direction, but they had to take cover," Finner said.

Shortly after, a Houston police officer arrived and found the suspect in a parking lot just across the street from the multiroom rental facility, Finner said.

The suspect, an African American male, was dressed in all black and was about 40 years old, Finner added.

An officer, a 7-year veteran, engaged in gunfire with the suspect, who is now dead, Finner said. The officer is now on administrative leave, per department protocol.

"I'm very proud of him," Finner said. "Who knows, that suspect probably would have tried to shoot somebody else."

The district attorney's office is investigating the incident, and the Houston police department is conducting its own investigation, Finner said.