At least 2 killed, 11 wounded in three overnight shootings in Chicago 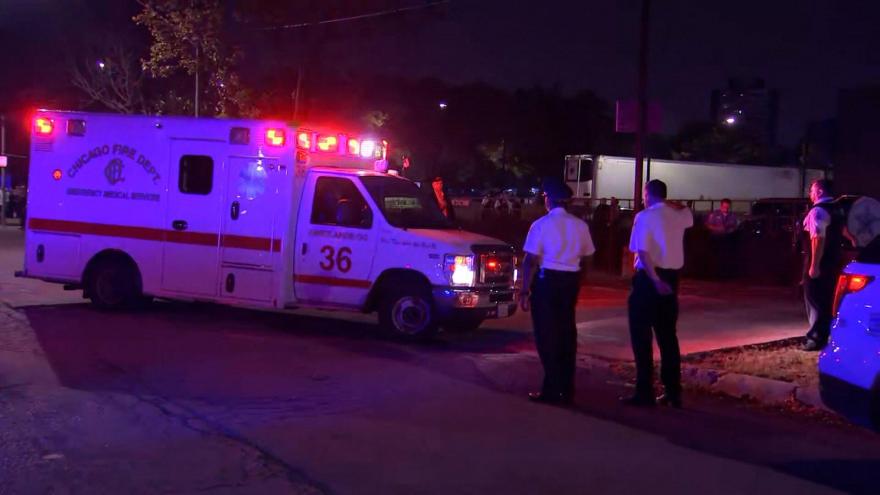 Three shootings in Chicago overnight on August 7 killed two people, including a Chicago police officer, and left at least 11 others wounded, according to Chicago police.

(CNN) -- Three shootings in Chicago overnight killed two people, including a Chicago police officer, and left at least 11 others wounded, according to Chicago police.

Two mass shootings -- which CNN defines as a shooting that injured or killed four or more people, excluding the shooter or shooters -- took place at a Chicago club and a lounge early Sunday, about an hour apart, according to information from police.

Those shootings followed another earlier Saturday evening in which a 29-year-old police officer was killed and another was hospitalized in critical condition, per Chicago police.

The shootings occurred as Chicago, like other American cities, grapples with rising violence.

Overall, Chicago crime complaints are down 6% compared to this point in 2020, according to data from Chicago Police reported August 3, including a steep decline in burglaries.

Here's what we know about the three shootings Saturday night.

The incident started as a verbal altercation between a 37-year-old man and a 24-year-old man -- whom police referred to as the "offender" -- inside the lounge on West 87th Street around 2 a.m.

The "offender" pulled out a handgun and started shooting at the victim, who was taken to a hospital with multiple gunshot wounds, including two in his neck and three in his back, police said. He was pronounced dead at the hospital, police said.

The suspect was taken to the hospital with eight gunshot wounds, Chicago police said, and he is listed in critical condition.

Five others were wounded and treated at local hospitals, police said. They include a 38-year-old man who was shot in the stomach and is in critical condition.

Five people were injured in a shooting at a separate Chicago club about an hour earlier, the Chicago police said.

The shooting took place just after 1 a.m. following a verbal altercation between two security guards working the club's front door and "an unidentified offender who was refused entrance," police said.

"The offender produced a firearm and shot multiple times before fleeing the scene," police said.

The security guards were treated at a local hospital with multiple gunshot wounds. One is in serious condition and the other is in critical condition, per police.

Three men standing nearby were also shot. Two went on their own to a hospital with gunshot wounds to their legs, and the third, who was shot in the chin, is in good condition after being taken to the University of Chicago Medical Center.

According to a police statement early Sunday, no suspects were in custody.

One officer killed, one seriously wounded in traffic stop shooting

One Chicago police officer was killed and another is "fighting for his life" after a shooting that happened during a traffic stop Saturday night, police said.

A weapon was recovered at the scene and three suspects are in police custody, Chicago Police Superintendent David Brown said in a news conference Sunday morning. The suspects had not been charged with anything at that time.

According to police, three officers were stop a vehicle carrying three people -- two men and woman -- when, police believe, a male passenger fired at the officers around 9 p.m. Saturday. The officers returned fire, police said.

Two officers were struck in the exchange of gunfire, as was one of the vehicle's occupants, police said.

The officers were taken to the University of Chicago Medical Center, where one of them was pronounced dead. She has been identified only as a 29-year-old woman assigned to the Community Safety Team. The officer's mother has asked police to withhold more information on the officer at this time, Brown said Sunday.

The shooting is under investigation by the Civilian Office of Police Accountability, police said. Any officers involved in the incident will be placed on "routine administrative duties" for 30 days.

Mayor Lori Lightfoot declared Sunday a day of mourning for the city, requesting all flags be flown at half-staff.

"These officers put the safety and lives of others above their own, serving with courage and honor despite knowing the cost," Brown said in a statement.

"We will never forget the sacrifices these officers made to protect this city," Brown said. "We cannot forget."

"And today we sadly report, tragically, one of the 11 is deceased," Brown said.