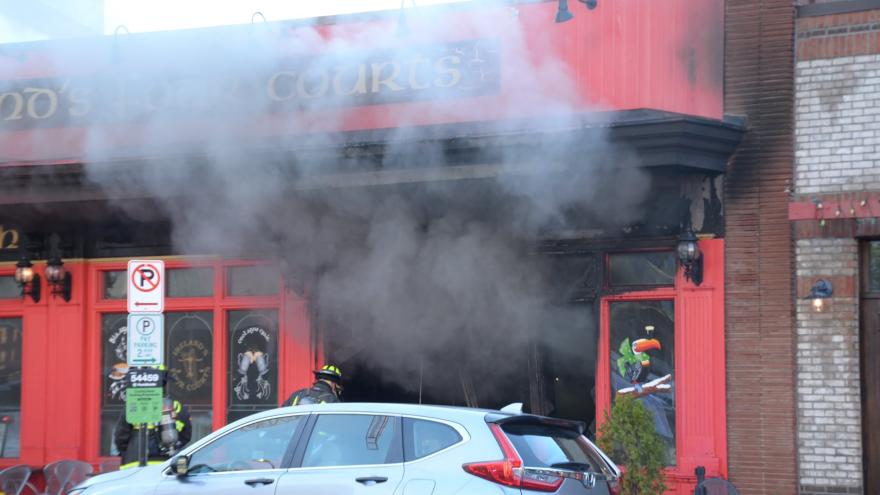 (CNN) -- At least 14 people were injured Friday eveningafter a vehicle crashed into an Arlington, Virginia, pub and caused a structure fire, police said.

Eight people were taken to hospitals -- four of whom were critically injured -- and six other people were treated on the scene and released, the Arlington County Police Department said.

The crash took place at Ireland's Four Courts pub and restaurant in the 2000 block of Wilson Boulevard, according to police. Affiliate WJLA said it happened about 6:45 p.m.

The restaurant issued a statement Friday evening saying it was "devastated" by the accident.

The structure fire was extinguished, according to a tweet from the Arlington County Fire Department. Building engineers "evaluated the structure and determined it was structurally sound but could not be reoccupied," Arlington police said on social media.

An investigation into the crash remains ongoing, police said.

Correction: A previous version of this report misidentified the number of people injured, according to police. It is 14.