At least 13 people were injured in a shooting in downtown Austin, authorities say 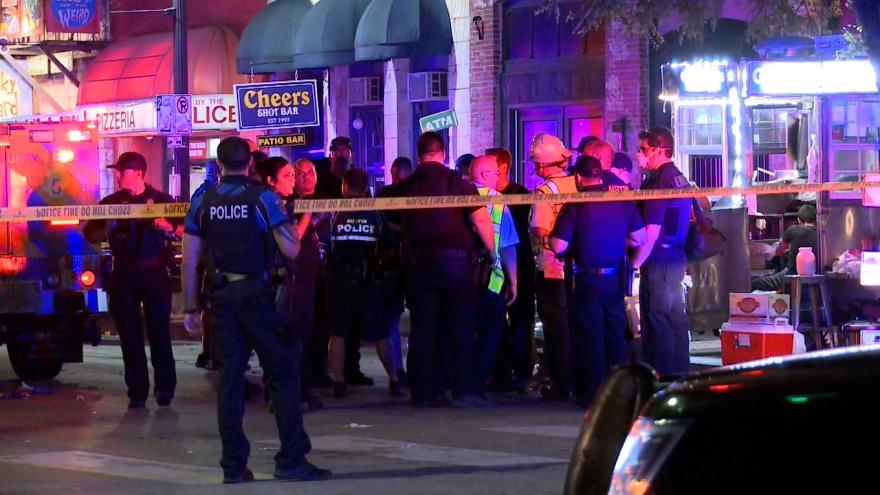 Two of the people injured are in critical condition, Austin Interim Chief of Police Joseph Chacon said at a news briefing Saturday.

Six people were taken to a hospital by the Austin Police Department, and the Austin-Travis County EMS brought in four others for medial treatment, Chacon said. Three other victims brought themselves to the hospital.

One hospital received 11 of the victims for treatment while another person was transported to a different hospital. One person went to an urgent care facility with multiple gunshot wounds, Chacon said.

Police have a very general description of the suspect and the incident appears to be isolated to the area, but could not say for certain that there was no additional public danger because the suspect is not in custody, Chacon said.

Detectives from the Aggravated Assault, Homicide, Organized Crime and Gang units are involved in the investigation, police said. Investigators have not ruled out gang involvement, but say the motive and circumstances that led to the shooting are not clear at this time.

Shortly after the shooting, the Austin Police Department had urged in a post on Twitter for people to stay away from the 6th Street downtown area.