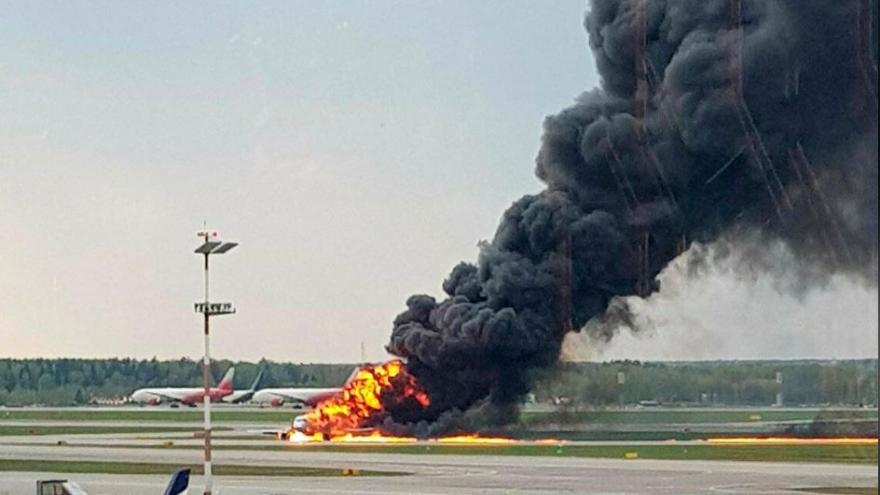 (Moscow AP) --  Russia's Investigative Committee says 13 people have died in a fire on an airplane that made an emergency landing at Moscow's Sheremetyevo Airport.

The airport said the Sukhoi SSJ100 operated by Russian flagship carrier Aeroflot caught fire when it made a hard emergency landing on Sunday.

Video of the landing showed flames and smoke billowing from the rear of the plane.

The airport said the aircraft had 73 passengers and five crew members on board.

Investigators and the airport said the plane had taken off for the northern city of Murmansk, but turned back because of unspecified problems.