At least 1 dead after a firefighting helicopter crashed in Florida during a training exercise, FAA says 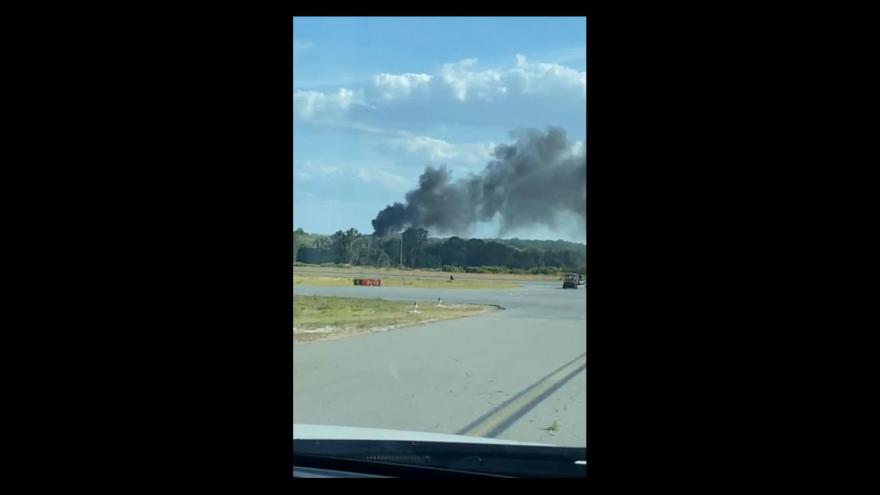 At least one person is dead after a helicopter crashed Tuesday into a marsh near an airport in Leesburg, Florida.

(CNN) -- At least one person is dead after a helicopter crashed Tuesday into a marsh near an airport in Leesburg, Florida, according to a Federal Aviation Administration spokesperson.

The Sikorsky UH-60 firefighting helicopter crashed during a training exercise around 4 p.m., according to the FAA. Four people were on board the helicopter.

No survivors have been located in the crash and one person was confirmed dead, according to the Leesburg Fire Department Facebook page. A photo on the post shows heavy black smoke in an area near an airport runway.

"Crews are still on scene mitigating hazards. The crash appears to be a total loss," the post read. "Most of the fire is under control now. US forestry is on scene plowing a line around the scene to prevent any vegetation fires."

The FAA and the National Transportation Safety Board are investigating the crash, according to the FAA.

Leesburg is about 45 miles northwest of Orlando.