At 170 carats, this may be the largest pink diamond found in 300 years 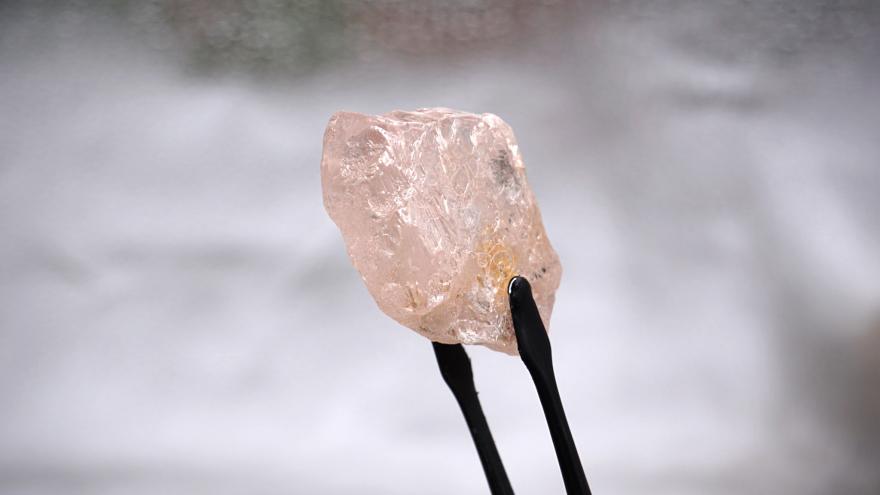 (CNN) -- A 170-carat pink diamond discovered in Angola may be the largest such gemstone found in 300 years, according to Australian miner Lucapa Diamond Company.

Named the "Lulo Rose," the diamond was found at the Lulo alluvial diamond mine in the Lunda Norte region of Angola in Africa, the company said in a statement on Wednesday, with its partners, state-run diamond minerEndiama and Rosas & Petalas, a private Angolan company.

Angola's mines are among the world's top ten producers of diamonds, according to the Gemological Institute of America, which researches diamond production. In alluvial diamond mining, stones are recovered from gravel and sand found on riverbeds.

Only one in 10,000 diamonds found are colored, according to Stephen Wetherall, managing director of the Lucapa Diamond Company.

"And only one in every 100 diamonds is greater than 10.8 carats in size, so recovering a 170-carat pink diamond means we are dealing with an extremely rare article," Wetherall told CNN.

"We have recovered pink diamonds before, but finding one this size is extremely rare," he said.

The pink gemstone is expected be auctioned by the Angolan state diamond marketing company, Sodiam. Wetherall declined to give an estimate of its worth because the diamond is still being examined and valued.

The Angolan government also hailed the "historic" recovery of the gem. 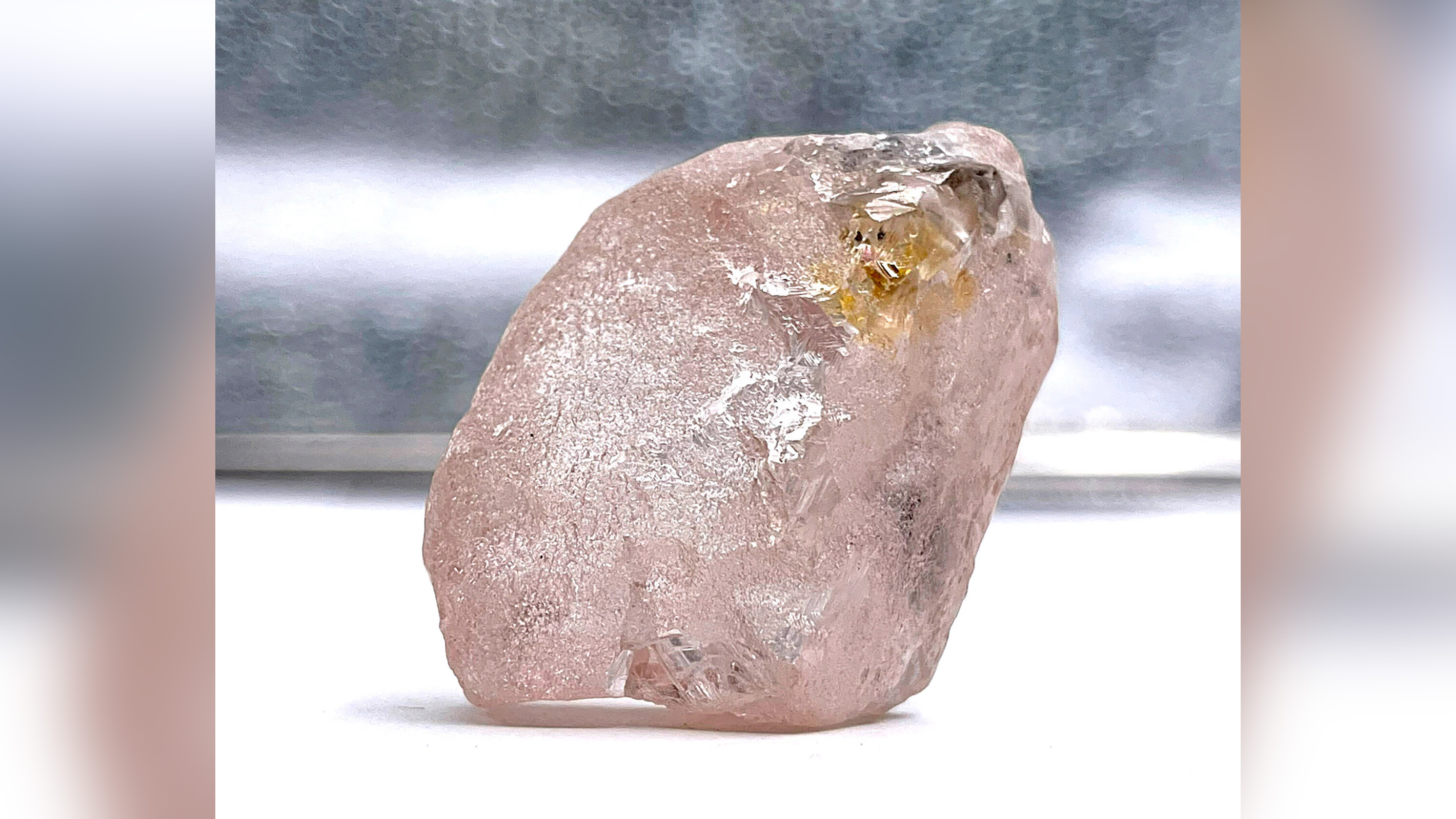 "The record and spectacular pink diamond recovered from Lulo continues to showcase Angola as an important player on the world stage for diamond mining and demonstrates the potential and rewards for commitment and investment in our growing diamond mining industry," said Diamantino Azevedo, Angola's minister of mineral resources, petroleum and gas.

Large colored diamonds have fetched record-high prices at auctions in recent years. Last April, 15.10-carat "The De Beers' Cullinan Blue" diamond sold for$57.5 million at an auction by Sotheby's in Hong Kong. It only narrowly missed beating the record set by the 14.62-carat "Oppenheimer Blue" diamond, which fetched just shy of an extra $70,000, when it sold in 2016.

Angola's biggest diamond, dubbed the "4th February Stone," was recovered from the Lulo mine in February 2016, according to Lucapa. The 404.2-carat stone sold for $16 million.