At 14, she was shot in the head and left for dead; At 17, she's her high school's homecoming queen 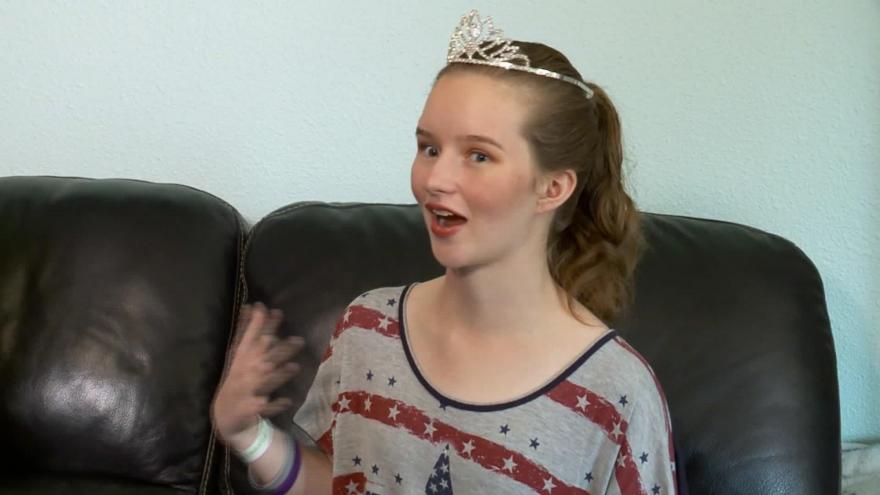 **Embargo: Salt Lake City, UT** Few moments in a teenage girl's life are equally as thrilling and nerve-wracking as high school homecoming. Deserae Turner came close to never experiencing any of that.

(CNN) -- Few moments in a teenage girl's life are equally as thrilling and nerve-wracking as high school homecoming.

With it comes choosing the perfect dress, acing a tricky hairstyle, indulging parents in awkward photos with a date and dancing all night until the heels come off.

Deserae Turner came close to never experiencing any of that.

More than two years after she was shot in the head and left for dead, the 17-year-old was crowned homecoming queen of Green Canyon High School in North Logan, Utah, CNN affiliate KSTU reported.

Typically, Deserae wouldn't care much for a school dance. But even she had to admit the nod for queen was exciting.

"I was just a homecoming queen; there's nothing special about that," Deserae told KSTU. "But then, if you think about what I've been through then yes, it's very special."

Deserae was 14 when she was shot in the head by her friend, Colter Peterson, in February 2017. He and co-conspirator Jayzon Decker, both 17 at the time, were sentenced to 15 years to life in prison for the shooting.

Prosecutors said Peterson lured Deserae to a canal in Smithfield, Utah, but it was Decker's idea to attempt to kill her. The pair left her for dead, took her money and spent it at a nearby convenience store, according to the Salt Lake Tribune.

She laid in the cold canal for eight hours before she was discovered.

A night to forget her pain

Deserae's been in recovery ever since she was shot. She's had 10 brain surgeries and endures intense physical therapy to train the left side of her body how to move again after the bullet punctured the right side of her brain.

She regularly visits a chiropractor to soothe her chronic pain and sits in a hyperbaric chamber to return oxygen to her healing brain, KTSU reported in 2018.

But when she was told she would be crowned homecoming queen, all she could think about was her outfit.

"'Oh my gosh, I need a dress, I need someone to do my hair, I need my makeup,'" she remembered thinking, "bouncing around" her house after she found out.

A few fairy godmothers in the community paid for her silver tulle dress, curled her hair and did her makeup. She's earned legions of supporters with her story.

From there, the night was perfect. She took a close friend, Logan Matz, as a date, her mother April wrote on Facebook. She walked down the football field and met the homecoming king, Case Gehring, who held her hand to help her keep balance. The two shared a dance as their classmates lined the outskirts of the dance floor.

"It just gives you that comfort and love that, yes, I am truly loved," she said. "Everybody needs to know that feeling."