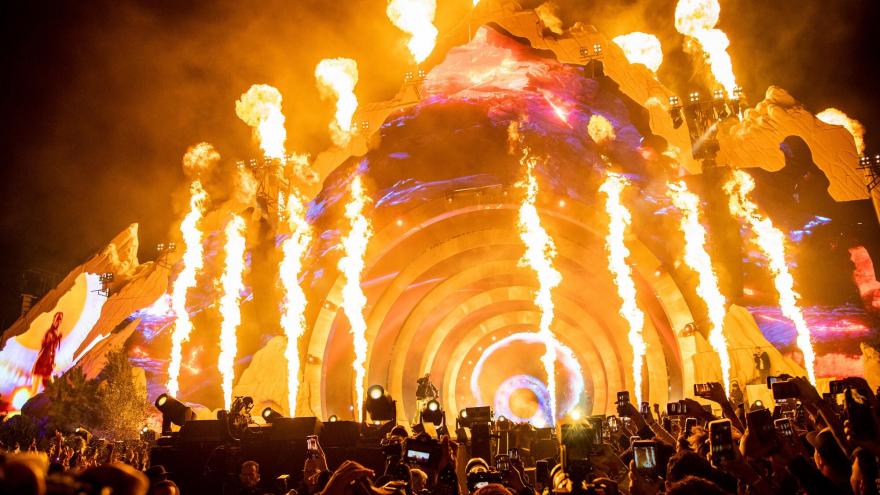 Travis Scott performs at the Astroworld Music Festival in Houston on November 5.

(CNN) -- The 10 Astroworld Festival victims died from "compression asphyxia" in what was determined to be an accident, the medical examiner said Thursday.

The music event on November 5 in Houston turned deadly after the packed crowd surged toward an outdoor stage where headliner Travis Scott was performing.

"Combined toxic effects of cocaine, methamphetamine and ethanol," was deemed a contributing cause in Baig's death, according to the the Harris County Institute of Forensic Sciences, which said it would not be releasing any more information at this time.

They were 'crushed and killed'

Attorneys representing some of the victims' families said the report confirmed what they already knew.

"Axel was crushed and killed that night by the crowd, through no fault of his own. It is also important to note that Axel's blood contained absolutely no intoxicants or other like substances," said Tony Buzbee, the attorney for the Acosta family.

Acosta was a junior at Western Washington University and attended the concert alone.

"The only conclusion to be drawn from the medical examiner's findings is that Travis Scott, Live Nation, and the other defendants created a horrific death trap and are responsible for Jake and Franco's deaths," he added.

Ezra Blount, 9, was the youngest victim. "The devastation of this news speaks for itself," said Robert Hilliard, the Blount family attorney.

The attorney representing Bharti Shahani's family said the findings confirm that she suffered a "horrific death."

"Their beloved daughter's last living moments were surely marked with suffering, panic, and terror. It's a horrific, inescapable image that no parent should have to endure," Jason Lassiter said in a statement.

More than 340 lawsuits have been filed in Harris County related to the tragedy. And there is an ongoing criminal investigation which is being led by the Houston Police Department. Most of the lawsuits allege that the defendants were negligent and stood to make large sums of money from the concert.

But several entities of entertainment company Live Nation and ScoreMore, the concert promoter, have denied the allegations, according to court documents filed by the companies' attorneys.

"Defendants deny all of the allegations contained in Plaintiffs' Petition and demand strict proof from Plaintiffs by a preponderance of the evidence," states the court document.

In the aftermath of the tragedy, Live Nation and ScoreMore issued a statement stating their entire team was "mourning alongside the community" and cooperating with authorities.

Seven of the 10 victims' families had declined the musician's offer to pay for funeral costs.