Astronomers spot blue 'beast' of an explosion in the universe 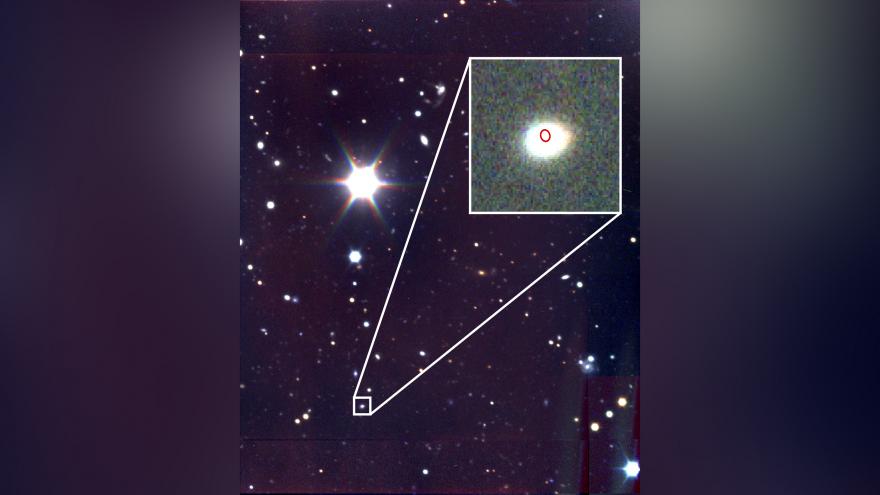 (CNN) -- There's a "new beast" lurking out there in the universe.

It first showed itself four years ago, when astronomers observed a bright burst of light coming from a tiny galaxy about 500 million light-years from Earth.

Now, they know it was a fast blue optical transient, captured in radio waves and X-rays. It produced one of the fastest outflows ever observed, blasting out gas and particles at more than 55% the speed of light.

The amount of material in the 2016 explosion was between one to 10% ofthe mass of our sun, and it represents a new type of explosion in the universe, according to a study published Tuesday in The Astrophysical Journal Letters.

These fast blue optical transients, or FBOTs, are hard to catch. They are quick, energetic and powerful explosions that fade away quickly.

Only three have been observed to since they were recognized in 2014, including this new one known as CSS161010. The explosions are so hot that they give off a blue glow. Their ephemeral glow and fading process is much quicker than a supernova, an increasingly bright star that explodes and ejects most of its mass before dying.

The most well-known of these three events belongs to AT2018COW, or "The Cow," a rare event detected in 2018 that was likely the birth of a black hole or neutron star. Butthe 2016 event was brighter, faster and heavier.

"We thought we knew what produced the fastest outflows in nature," said Raffaella Margutti, senior study author, assistant professor of physics and astronomy in Northwestern University's Weinberg College of Arts and Sciences, in a statement.

"We thought there were only two ways to produce them — by collapsing a massive star with a gamma ray burst or two neutron stars merging," said Margutti, who is also a member of Northwestern's Center for Interdisciplinary Exploration and Research in Astrophysics.

"With this study, we are introducing a third way to launch these outflows. There is a new beast out there, and it's able to produce the same energetic phenomenon." 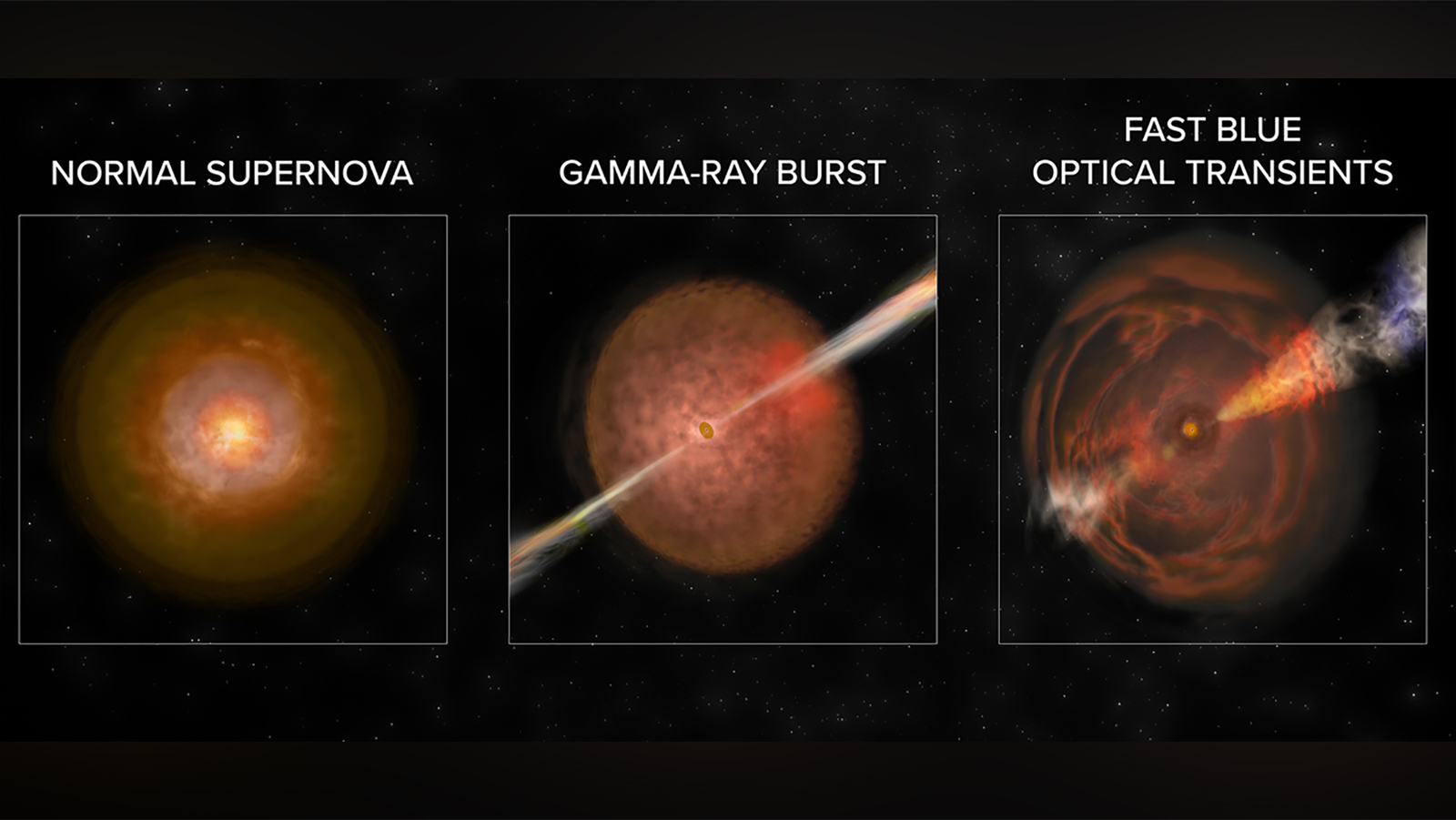 Margutti and her colleagues followed up on 2016 observations of the explosion made separately by researchers at the Catalina Real-time Transient Survey and the All Sky Automated Survey for Supernovae. Those follow-ups in X-rays and radio waves utilized the Keck Observatory telescopes on Maunakea in Hawaii, the world's largest optical and infrared telescopes.

"We saw glitches in other galaxies that we couldn't explain," Margutti said. "But we couldn't get information outside the optical wavelength, so we couldn't examine them further. We would just call them 'weird supernovae.'

"The optical wavelengths can tell us about the particles moving slowly in an explosion. But 'moving slowly' is still 10,000 kilometers per second. If you want to see the faster particles, then you have to use X-rays and radio waves. Then you can put them all together to see a more complete picture."

This FBOT fled the scene too quickly for astronomers to determine what actually caused it, but they can make educated guesses based on what they know about these types of explosions.

"The Cow and CSS161010 were very different in how fast they were able to speed up these outflows," Margutti said. "But they do share one thing — this presence of a black hole or neutron star inside. That's the key ingredient."

The black hole or neutron star is helping to drive the explosion of matter, or outflow, of the burst.

One of the other intriguing things about this explosion is where it occurred, in a dwarf galaxy near the Eridanus constellation. While our massive Milky Way galaxy contains billions of stars, this tiny galaxy only has about 10 million.

This aligns with the previous FBOTs, which also occurred in small galaxies, which could be home to the explosions because they contain less metals than other galaxies.

"Every time a star dies or neutron stars merge, they give metals back to the environment," said Giacomo Terreran, a postdoctoral associate at Northwestern's Center for Interdisciplinary Exploration and Research in Astrophysics who took the Keck observations.

"Tiny galaxies have a tiny amount of metals because not many stars have died there," Terreran said. "This has an impact on how other stars live their lives. We believe that it's not by chance that we only find these very rare transients in these tiny galaxies."

The FBOTs, especially this detection which produced an optical explosion, X-rays and radio waves, provides astronomers with unique information about the universe.

"The key discovery is the finding of a new type of explosion in the universe that is able to produce relativistic outflows that carry a tremendous amount of energy," Margutti told CNN. "[FBOTs tell us] that the unknown is still very much there, and actually behind the corner -- that there exists peculiar ways stars can die, and with fireworks."

Previously, only gamma ray bursts were thought to have this kind of energetic output. But these detections of FBOTs tell astronomers that whatever mechanism of jet is launching in gamma ray bursts happens similarly in a completely different system, Margutti said.

Right now, the best explanation for the cause behind this FBOT is that "a peculiar path of [star] evolution leads to a stellar explosion," Margutti said. Whatever is left behind by that explosion, whether it be a black hole or neutron star, powers the FBOT.

The researchers said they can't rule out that this is potentially a star being disrupted by a medium-sized black hole, but they favor the massive star explosion scenario.

Now, the researchers want to know why these happen, which means finding more FBOTs.

"The next step after finding that something does exist is to understand why it is so rare," Margutti said. "The key is to find this rare type of transient among the thousands and thousands of explosions at night."