As Trump weighs pardons, GOP divided on whether Snowden should receive one 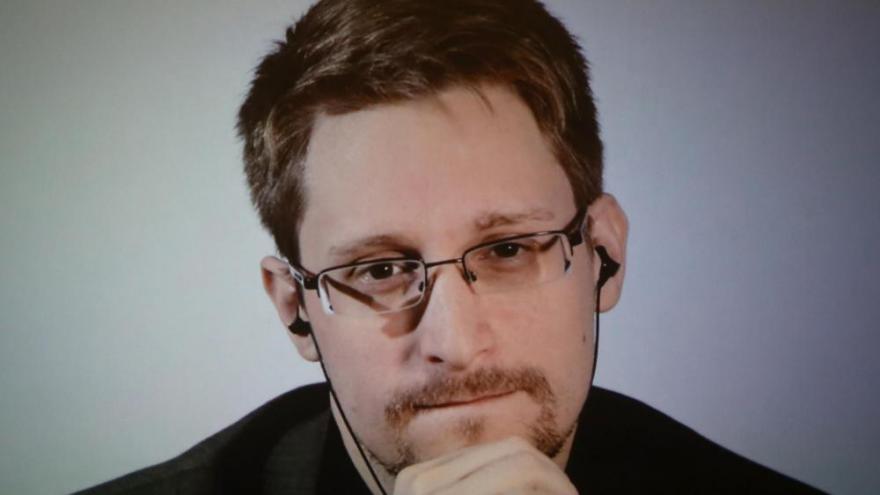 As Trump weighs pardons, GOP divided on whether Edward Snowden should receive one.

(CNN) -- The expectation that President Donald Trump will issue a flurry of pardons in his final days in office has sparked a contentious discussion among congressional Republicans over whether former National Security Agency contractor Edward Snowden deserves one.

Snowden, who has been living in exile in Russia for several years now, is accused of espionage and theft of government property in the United States after he leaked American intelligence secrets in 2013. If he returns home, Snowden could face a decades-long prison sentence.

In recent days, some Republicans have publicly split over whether Snowden is a traitor or a whistleblower, illustrating the ideological divide between lawmakers who vigorously defend the surveillance-state legacy of George W. Bush and Trump acolytes who harbor suspicions about the so-called "deep state" and what they see as its infringement on civil liberties.

Adding to the urgency is the unlikelihood that the incoming Biden administration would grant Snowden a pardon, despite support from some Democrats and high-profile human rights groups.

"Snowden is no traitor. He is a true whistleblower who was trying to expose those like (former Director of National Intelligence James) Clapper who used Deep State powers in secret to go after Americans. Snowden should be pardoned," argued Sen. Rand Paul of Kentucky in an op-ed published in The Federalist Thursday.

Paul, who had filibustered in 2015 for hours against the NSA surveillance program authorized under the Patriot Act, said Trump should pardon Snowden for "revealing the unconstitutional spying that was going on, even beyond what was envisioned from the Patriot Act."

The Obama administration had maintained that Snowden's disclosures harmed national security and insisted upon his return to the US for trial. Serving as Obama's vice president, Joe Biden in 2013 asked Ecuador "to please reject" Snowden's request for asylum. And in its final days, the Obama White House had rejected a petition from more than a million supporters to pardon Snowden.

For his part, Trump -- who once labeled Snowden a "traitor" and a "spy who should be executed" -- has recently expressed an openness to a pardon.

Trump's close allies in Congress are picking up on that openness.

Florida Republican Rep. Matt Gaetz, who often has the President's ear, insisted over the weekend that "Trump is listening to the many of us who are urging him" to pardon Snowden.

"It's the right thing to do," Gaetz tweeted.

"To those urging a pardon of Edward Snowden: You are suggesting President @realDonaldTrump pardon a traitor. Edward Snowden is NOT a victim," Sen. Lindsey Graham of South Carolina, one of the President's closest friends in the Senate and frequent golfing buddy, wrote on Twitter Tuesday.

Snowden has "American blood on his hands and should be prosecuted to the fullest extent of the law," he added.

Rep. Liz Cheney of Wyoming, the third-ranking Republican in the House, argued that a pardon for Snowden would be "unconscionable."

"Edward Snowden is a traitor. He is responsible for the largest and most damaging release of classified info in US history. He handed over US secrets to Russian and Chinese intelligence putting our troops and our nation at risk. Pardoning him would be unconscionable," Cheney tweeted Sunday.

Snowden has advocated for a pardon on Twitter, highlighting several members of Congress who have said he deserves one.

"In seven years, no one has named a single American who died as a result of revealing the unlawful program of domestic mass surveillance—because it didn't happen. But exposing that crime did reform American laws—and strengthen our rights," he tweeted on Wednesday.

Trump's acts of clemency have often been marked by personal connections, in which beneficiaries have won clemency by getting their requests to Trump directly, or through his friends, Fox News personalities or Hollywood celebrities.

Since the election, the White House has been inundated with hundreds of requests from people hoping to benefit from the President's powers of clemency before his term ends.

Trump is considering pardons for more than two dozen people close to him who he believes were targeted -- or could be targeted in the future -- for political ends. His most recent pardon after the election was for his former national security adviser Michael Flynn, absolving him of charges related to lying to federal agents.

Trump has discussed granting preemptive pardons for people close to him, his children, his son-in-law and personal lawyer Rudy Giuliani.