As Kyle Rittenhouse's trial nears, the judge and prosecutor debate use of the term 'victim' during court proceedings 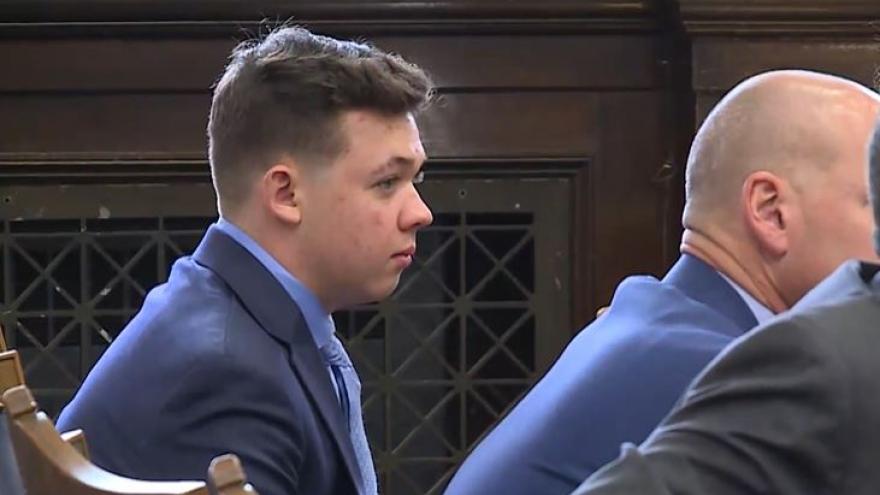 (CNN) -- A courtroom debate Monday over the use of terms like "victim" and "arsonist" ahead of the trial Kyle Rittenhouse could foreshadow contentious proceedings when the hearing gets underway for the teen accused in a deadly shooting during protests in Kenosha, Wisconsin.

Rittenhouse is charged with felony homicide related to the shooting and killing of Anthony M. Huber and Joseph Rosenbaum and felony attempted homicide for allegedly wounding Gaige Grosskreutz during protests that followed the police shooting of Jacob Blake in August 2020.

Rittenhouse, who was 17 at the time, is also charged with possession of a dangerous weapon while under the age of 18, a misdemeanor, according to court records.

He has pleaded not guilty and his attorneys argue he acted in self-defense.

The conversation turned to whether defense attorneys would be allowed to refer to Huber, Rosenbaum and Grosskreutz as arsonists, rioters or looters due to their alleged behavior during the chaotic and fiery demonstrations.

But Assistant District Attorney Thomas Binger argued the judge was setting up a "double standard" due to his long-standing rule of not allowing prosecutors to refer to individuals as "victims" during a trial.

"If I were to count the number of times that you've admonished me not to call someone a victim during a trial, it would be in the thousands," Binger said.

But Binger disagreed, telling the judge, "I think it's the exact same issue. The terms that I'm identifying here, such as rioters, looters, arsonists, are as loaded, if not more loaded, than the term victim."

The debate over labels and how they may inform the jury's impression of those at the center or the trial gets to the heart of the defense's argument that Rittenhouse opened fire that night to protect himself.

Numerous videos taken during the protests show Rittenhouse, wearing a green T-shirt and a backward baseball cap and carrying an AR-15-style rifle, walking the city's streets with a group of armed men.

According to the criminal complaint against Rittenhouse, which is based on videos and witness accounts, the situation turned deadly after the teenager scuffled with protesters near a car dealership. He allegedly shot Rosenbaum, a 36-year-old unarmed protester, after Rosenbaum threw an object that appeared to be a plastic bag at him and missed.

As Rosenbaum lay on the ground, the complaint says, Rittenhouse ran away while calling a friend and telling them, "I just killed somebody." He was pursued by protesters, and then tripped and fell to the ground.

While he was on the ground, Rittenhouse shot Huber, who appeared to hit him with a skateboard, according to the complaint, and then shot a third protester approaching him, Grosskreutz, in the right arm. Grosskreutz was holding a handgun but had his hands up, the complaint says.

After the shooting, Rittenhouse walked by police with his hands up, bystander videos show, and he turned himself in at his local police department the morning after the shooting.

Binger, the prosecutor, argued Monday that any behavior Rosenbaum, Huber or Grosskreutz may have participated in that night that could lead the jury to believe they were arsonists, rioters or looters wasn't witnessed by Rittenhouse and shouldn't be part of his defense.

"He can't argue self-defense against things he's not aware of," Binger said. "These other acts are strictly designed to attack the reputation of these individuals, it's designed to paint them in the worst possible light to prejudice them. Two of them can't defend themselves ... because the defendant killed them. And it's unduly prejudicial to the jury to be told about any of those things."

But a defense attorney said the shootings should be weighed against the wider context of what was happening that night.

"All of that lawlessness, all of the facts and circumstances surrounding what is going on, is relevant in terms of Kyle Rittenhouse's conduct. I think it's impossible to say that it's not."