As Biden raises money for his virtual inauguration, lobbyists prepare for a scaled-down schmooze-fest 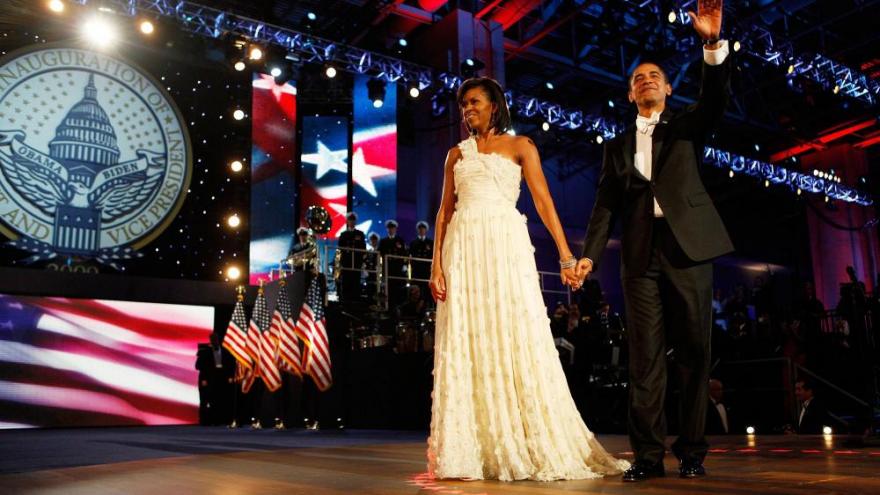 But not this year.

With the coronavirus pandemic raging around the country, President-elect Joe Biden and congressional inauguration planners have closed much of the traditional avenues for access. Instead of receiving the typical 200,000 tickets to share with constituents eager to see Biden take the oath of office on the West Front of the US Capitol, members of Congress will receive tickets for themselves and one guest only.

And Washington lobbyists are scrambling to adjust to the new reality.

"Typically, with inaugurations, everyone is fighting to get a ticket," said Dan Turton, a veteran lobbyist. "The tickets become a certification of your value in this town: Did you get tickets? How good are the tickets? Are they front row? Did you get the ticket to the hot ball?"

All around the nation's capital, just as a new administration and a new Congress set up shop, corporate lobbyists, trade associations and others in the influence industry have had to abandon the usual tools of their trade.

The Associated General Contractors of America, for instance, typically hosts an open house at its Capitol Hill townhouse on Inauguration Day, said Jimmy Christianson, who oversees government relations for the construction industry group.

But these days, the group connects its members to lawmakers over virtual meet-and-greets.

Even before a pro-Trump mob stormed the US Capitol on Wednesday, Biden's inaugural committee was working to keep the crowds in Washington to a minimum to prevent the virus from spreading. Left out of this year's festivities is the post-inaugural parade that usually draws throngs to Pennsylvania Avenue to see the newly installed chief executive and an array of high school marching bands, veterans' groups and others celebrate the transfer of power.

It will be replaced by a televised virtual parade showcasing performances from around the country -- much like the online programming at last summer's Democratic National Convention.

Gone, too, are the formal balls. President Barack Obama and Michelle Obama flitted among 10 official balls in 2009; President Donald Trump and first lady Melania Trump attended three in 2017 after he took the oath of office.

But despite scaling back, Biden's inaugural committee still is pushing to raise big sums to underwrite its online programming, accepting donations as large as $500,000 from individuals and $1 million from corporations. The committee has declined to release a budget.

But a number of companies already have pledged their support.

Airline manufacturing giant Boeing plans to donate $1 million, mirroring the size of contributions it made to Trump's festivities and those honoring Obama in 2013. (Obama did not accept corporate contributions for his first inauguration in 2009.)

"We're doing the same that we've done across the board over the years ... to support this American celebration," Gordon Johndroe, Boeing's vice president of global media relations, told CNN recently. No additional Boeing executives are expected fly in for events "as we've done in the past," given the smaller scale of the inauguration, he added.

Other donors include Barbra Streisand, Microsoft, telecom giant Comcast and Missouri-based health insurer Centene Management Company, according to a contributor list the committee released Saturday evening. The list of more than 950 donors includes the names and home states of donors who contributed more than $200, but does not disclose their employers nor how much they donated.

Under federal law, the not-for-profit inaugural committee doesn't have to reveal fundraising details until 90 days after the event, and the law sets no limits on the size of inaugural donations. Biden, however, has capped their size and barred direct contributions from federal lobbyists, the fossil fuel industry and people registered to represent foreign governments.

The committee is offering a menu of perks to lure donors and has hosted at least two calls with those in Washington influence circles to encourage participation, including one Tuesday.

Those perquisites include invitations to virtual events with the President-elect and his incoming Vice President Kamala Harris and their spouses, along with "preferred viewing for the virtual inauguration" and VIP access to a virtual concert.

One Washington insider, who's in touch with inaugural committee officials, said the virtual offerings are unlikely to sway many potential donors. "Even if it's just 30 or 40 people on the call, you'll be a tile on Zoom," the person said. "That doesn't get you much."

The packages for larger donors also include VIP tickets to a future in-person event, according to a fundraising document sent to potential sponsors.

The promise of future face time will be a "key selling point" for those eager to get on the ground floor with the new administration, said Chris Vest, a top spokesman for the American Society of Association Executives, which has roughly 48,000 members around the country.

"It's all about ... having an opportunity to establish a foundational connection with the administration," he said.

Lobbyists say one bright spot remains for an industry shut out from the traditional, inaugural schmooze-fest: Biden and the scores of Washington veterans gearing up to return to government in his administration are well known in the Washington influence world.

"Of course, people prefer the casual encounter at a party. That's so much better than setting up a Zoom 'drink,' "said one corporate official based in the DC area. "But a Washington representative -- if they've done their job correctly -- already knows most of these people."

On many levels, the pandemic has made "the strong stronger and the weak weaker," said a lobbyist with a Top 20 lobbying firm. "And the folks that don't already have relationships with (Biden's) people are going to be weaker. They are going to be denied the unique opportunity over the several days around the inauguration to establish, or in some cases, reaffirm connections."

Turton, who said he actually enjoys the mad scramble for tickets, praised Biden for turning the inauguration into an event that "millions of American people could experience."

And Jonathan Adelstein, the president and CEO of the Wireless Infrastructure Association, said Biden's decision to host a national memorial on January 19 to remember and honor the lives cut short by Covid-19 will give the country an "overdue" moment to "reflect on the profound loss we've all experienced."

Adelstein said he hopes the tone and accessible format of Biden's inauguration will "bring a divided country together again."

The pandemic also has upended the unofficial luncheons, receptions and parties that typically accompany the installation of a new president.

The Creative Coalition, for instance, holds a celebrity-studded ball every four years at a downtown Washington arts center to raise money for its efforts to promote the arts. Sting, Elvis Costello and the Goo Goo Dolls all have performed for incoming administration officials and lawmakers.

But this month, the coalition's event will go virtual. Celebrity guests will include Keegan-Michael Key, Alyssa Milano and Ellen Burstyn. Participants at its online gathering will receive catered dinners in their homes and switch virtual "tables" between each course, said Robin Bronk, the coalition's CEO.

"I love the table talk at our events," Bronk said of the in-person galas. "A lot of business goes on there."

But, she argued, virtual gatherings possess distinct upsides, too.

"You have these much more intimate moments; people aren't walking over to distract you," she said. "The media isn't taking pictures of you eating. And there aren't the business cards that get lost in the tux pocket because you forgot to take them out."