Artificial intelligence co-pilots US military aircraft for the first time 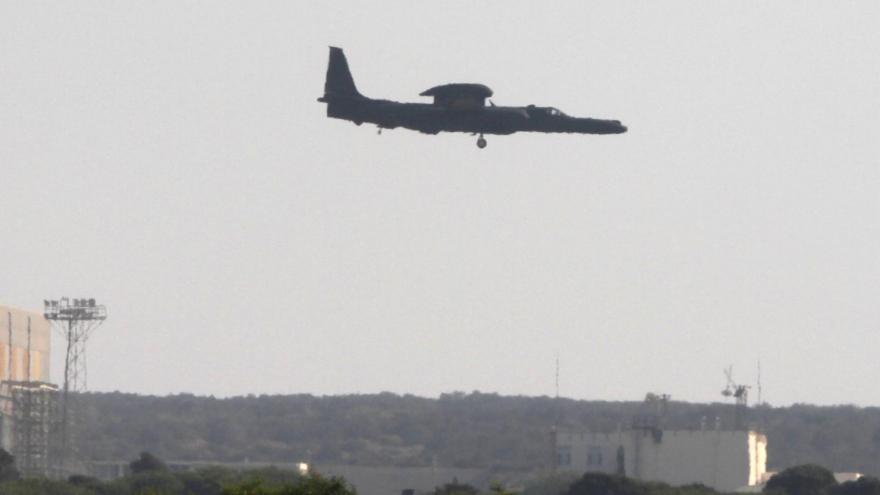 "The Air Force flew artificial intelligence as a working aircrew member onboard a military aircraft for the first time, December 15," the Air Force said in a statement, saying the flight signaled "a major leap forward for national defense in the digital age."

The Artificial Intelligence algorithm, known as "ARTUµ," was developed by researchers at the Air Force's Air Combat Command U-2 Federal Laboratory.

The AI system has been "trained ... to execute specific in-flight tasks that otherwise would be done by the pilot," the statement said.

During Tuesday's training flight, the ARTUµ algorithm partnered with a human Air Force officer who was piloting the aircraft, with the AI system being "responsible for sensor employment and tactical navigation."

"Together, they flew a reconnaissance mission during a simulated missile strike. ARTUµ's primary responsibility was finding enemy launchers while the pilot was on the lookout for threatening aircraft, both sharing the U-2's radar," the Air Force statement said.

"Putting AI safely in command of a US military system for the first time ushers in a new age of human-machine teaming and algorithmic competition. Failing to realize AI's full potential will mean ceding decision advantage to our adversaries," Dr. Will Roper, the assistant secretary of the Air Force for acquisition, technology and logistics, said in the statement announcing the test.

A Pentagon report released earlier this year said that "China views AI as critical to its future military and industrial power" and that Beijing "is making strategic investments worldwide in AI to reap national security and economic benefits."

"During the past five years, China has made achievements in AI-enabled unmanned surface vessels, which China plans to use to patrol and bolster its territorial claims in the South China Sea. China has also tested unmanned tanks as part of research efforts to integrate AI into ground forces' equipment," the report added.

In two separate speeches earlier this month, Chairman of the Joint Chiefs of Staff Gen. Mark Milley said that artificial intelligence and robotics will play a large role in the future of military conflicts in the next 10 to 15 years.

"Artificial intelligence: That is an incredibly powerful technology that is coming very, very fast, not only in civil society in the commercial world, but it's going to have tremendously powerful applications in the military," Milley said in a speech at the Brookings Institution.

"Maybe (in) 10 to 15 years max, you are going to see the widespread, ubiquitous use of robots throughout most militaries in the world," Milley said in a second speech.