Arrests on the US-Mexico border continue to increase 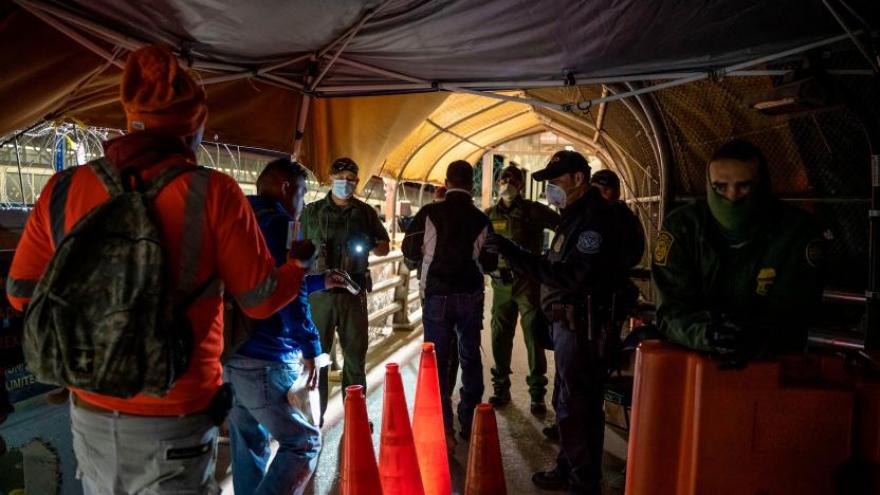 US Customs and Border Protection and Border Patrol agents check pedestrians IDs on April 1, 2020, on the US-Mexico border.

(CNN) -- Nearly 40,000 people were arrested illegally crossing the US-Mexico border in July, part of a steady increase in the border arrests since April, according to newly released US Customs and Border Protection data.

Economic conditions in Mexico are partially to blame, the agency said.

The increase comes as the Trump administration continues to swiftly remove migrants as a result of a public health order implemented in late March that allows for the quick expulsion of migrants arrested at the border.

"We are not out of the woods yet. In fact, it's likely to become increasingly challenging due to the deteriorating economic conditions in Mexico, Central America and beyond, exacerbated by Covid-19," said Mark Morgan, the senior official performing the duties of the Customs and Border Protection commissioner,

The US Border Patrol arrested 38,347 migrants on the US-Mexico border in July, the majority of whom were single adults, up from 30,721 in June, according to the data.

Seventy-eight percent of CBP encounters with last month were with migrants from Mexico, Morgan said.

Of those arrested, 35,056 were expelled without the potential to claim asylum or make their case to remain in the US. Arrests are used as a measure of illegal border crossings by the US government.

Border arrests have been steadily increasing since April, when there was a sharp decline as the pandemic took hold in the western hemisphere.

Despite the increase, the number of migrants arriving at the southern border is down from this time last year.