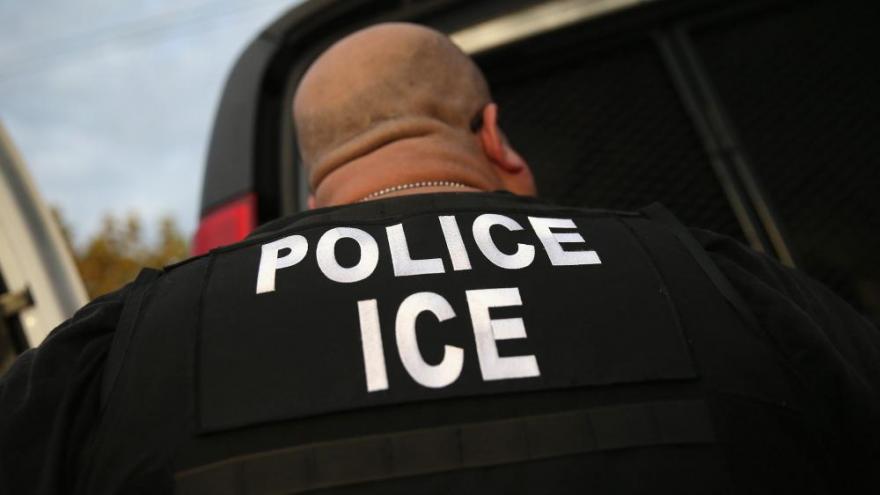 The number of people arrested and deported for being in the US illegally has dropped under President Joe Biden after his administration narrowed its enforcement focus to those who may pose a threat or have criminal backgrounds, marking a shift from the policies under the Trump administration.

(CNN) -- The number of people arrested and deported for being in the US illegally has dropped under President Joe Biden after his administration narrowed its enforcement focus to those who may pose a threat or have criminal backgrounds, marking a shift from the policies under the Trump administration.

Immigration and Customs Enforcement under the Biden administration has sought to prioritize its focus on immigrants who pose a threat to national security, border security and public safety. The change was prompted by an executive order signed by Biden shortly after he took office.

The Wall Street Journal first reported on the dip in arrests and deportations.

In March, ICE arrested 2,214 undocumented immigrants, down from 6,679 in December, Trump's last full month in office.

Earlier this year, the agency rolled out tailored enforcement guidelines in a return to Obama-era measures based on a priority system instead of the more aggressive approach taken under the Trump administration. The guidance tries to "focus resources on the most pressing national security and public safety and border security challenges that we are facing," a senior ICE official told CNN on Tuesday.

The guidelines appeared intended to restrain an agency emboldened under the last administration, establishing strict parameters for ICE officers, particularly in the event that an undocumented immigrant is encountered who's not being targeted.

"If everyone's priority, then no one's a priority, so we do need to make some choices about where to focus our resources," the ICE official said, pointing to the limits on those resources.

The ICE official said the changes have boiled down to "a lot more arrests of serious criminals than grandmas" and other so-called collateral arrests -- immigrants encountered by authorities who aren't the target of the arrest.

The Trump administration made headlines for ICE operations that targeted families and a large-scale workplace immigration raid. Now, under Biden, ICE field offices have been directed to coordinate their operations and obtain preapproval for enforcement and removal actions that don't meet the criteria of priority cases.

ICE acting Director Tae Johnson, when rolling out the new guidelines earlier this year, said doing so would help "better coordinate our efforts, achieve consistency in our operations and inform the development of the secretary's new enforcement guidelines."

The change in policy has met mixed reviews from the workforce, the ICE official said.

"There are of course, officers who are not as fond of this approach as others are. And others are very appreciative of the change and are implementing it enthusiastically," the ICE official said.

Succeeding with the new approach, the ICE official said, will take communication from the top to the field, repetition and a change in tone and messaging -- something the agency is working on "every day."

Deportations have also dropped under the Biden administration. Last month, the agency deported 2,886 people, down from 5,838 in December and 10,353 last October.

On Inauguration Day, the Department of Homeland Security announced it would pause deportations for 100 days, with some exceptions, but a federal judge in Texas blocked the moratorium, delivering a blow to one of Biden's first immigration actions.

The administration argued that the pause would allow DHS time to review the agency's policies. Meanwhile, the agency's enforcement priorities remained in place and arrests and deportations slowed significantly.

The ICE official said Tuesday that there was a "lack of focus" at ICE during the Trump administration, adding that there are downsides to public safety when law enforcement agencies don't have a clear focus and allocation of resources.

"What we are trying to accomplish is, focus ICE's resources on items that are really truly public safety threats, national security threats and that help reinforce, help establish a strong border security," the ICE official said.

DHS is expected to issue department-wide guidance on enforcement and removals later this year. As part of that process, ICE is working with its agents in the field and state and local partners to assess the current interim guidance, the ICE official said.