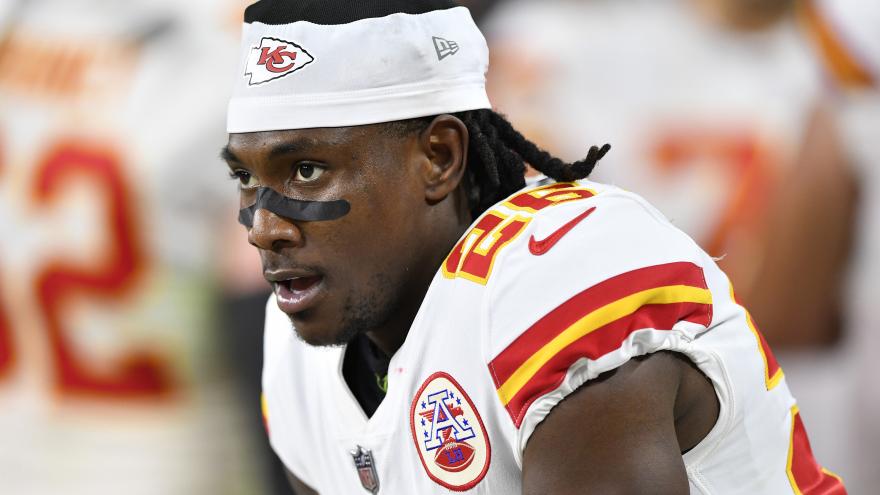 (CNN) -- The arrest warrant for an NFL player accused of punching and stomping on a man at a Las Vegas nightclub during the Pro Bowl weekend provides additional details of what police say occurred.

Surveillance video from February 5 allegedly shows Lammons punching a man in the face and knocking him back against a wall after Kamara pushed the man, according to the warrant. The victim's name has not been released.

Kamara allegedly punched the man several times until he was knocked unconscious and fell to the ground, according to the February 13 warrant. Kamara continued to punch the man, and Lammons and two others began stomping on the man, the warrant says.

Two other men were also charged in the altercation.

The man's right eye sustained an orbital fracture that might require surgery, according to the warrant. It said there was no evidence of major injuries.

Lammons was booked into the Clark County Detention Center on February 17 and has since posted bail, according to charging documents.

CNN has reached out to Lammons' attorney but has not yet heard back.

Kamara, who participated in the Pro Bowl the day after the fight, was interviewed and arrested after the game at Allegiant Stadium. He posted bail the next day, according a court docket.

Kamara told police that he and his friends were waiting by an elevator when a man approached them and called one of his friends "ugly," according to the LVMPD arrest report for Kamara.

The man, according to Kamara, also said, "'I'll whoop your ass too,'" the report states.

In a statement to CNN after Kamara's arrest, his attorney said the five-time Pro Bowler "has gained a well-deserved reputation for being a hard-working and community minded individual.

"The recent Las Vegas allegations are not consistent with who Mr. Kamara has shown himself to be in both his public and private life. Therefore, we are conducting our own investigation into all of the circumstances and individuals associated with this matter to determine both the facts and motivations of all involved."