Around 200 toys were stolen from a Texas public housing complex. More than 2,000 gifts were donated to replace them 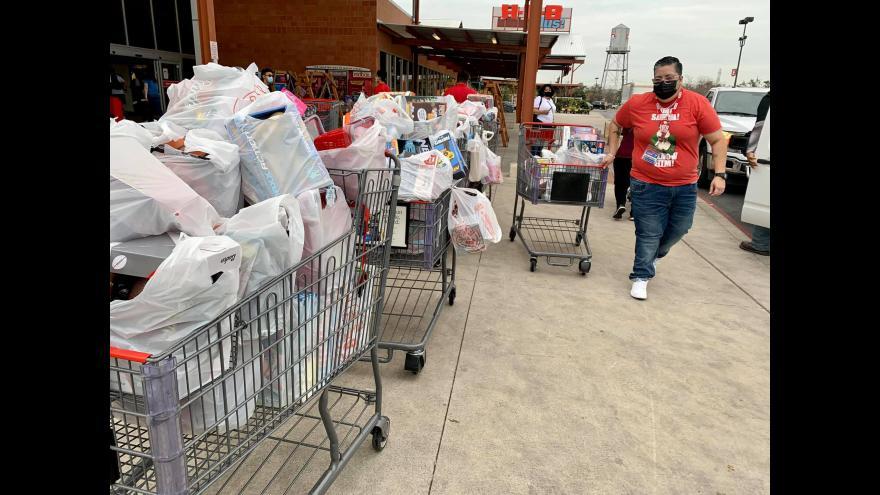 Many toys intended for children who live at a San Antonio, Texas, public housing complex were stolen, so San Antonians donated over 2,000 gifts and $18,000 to replace them.

(CNN) -- It was set to be a Christmas to remember for all the wrong reasons.

San Antonio Housing Authority staff had collected gifts for over 200 children who live at one of the city's largest public housing complexes -- and then, staff say, most of those gifts were stolen the night before they were supposed to be handed out.

Disappointed staff prepared for a pared down Christmas. But when residents of the Texas city found out about the theft, they donated hundreds more gifts.

"San Antonio is a very caring and supportive community," said Joel Tabar, director of community development initiatives at the San Antonio Housing Authority, or SAHA. "And in this case, the city came together to save Christmas for these hundreds of kids."

With the help of nonprofits, local religious communities and fellow San Antonians, Tabar said that SAHA has received over $18,000 in donations and more than 2,000 toys for the children at Alazan-Apache Courts, one of San Antonio's poorest neighborhoods. The housing authority has never received this many gifts, Tabar said, so staff have enough now to expand their reach to many more public housing residents.

Last week, the night before SAHA employees were scheduled to hand out toys to children at Alazan-Apache Courts, around 200 gifts were stolen from a community room at the complex, Tabar said. (San Antonio Police confirmed to CNN that officers were dispatched on Saturday, the same day as the toy event, to respond to a burglary at the building. The case remains under investigation.)

"It's almost like a Grinch story," Tabar told CNN.

The event went on as planned, though instead of the promised three gifts per child, young recipients were allowed only one gift. It upset the SAHA staff, he said, who've led toy drives for children at the public housing complex for the last 25 years.

SAHA shared the news on its website and asked patrons to donate gifts to replace those stolen. The community responded -- with hundreds more gifts than SAHA has ever received. Staff were busy sorting toys as recently as Wednesday, when families from other public housing communities were allowed to come pick up gifts for their children.

"We've turned into the North Pole," Tabar said. "Our dedicated elves are working feverishly to get as many toys as possible to kids before Christmas."

Donor Amy Gonzales had toys leftover from a toy drive she'd held at her business and told CNN affiliate WOAI she'd decided to donate the rest to SAHA.

"I was like, 'Oh my gosh, this would be a great opportunity, and the timing was perfect,'" she told WOAI.

Local supermarket chain H-E-B matched $4,000 in donations, too, according to SAHA, so staffers were able to fill dozens of carts with even more toys. Tabar likens the outpouring of support -- and the quickness with which residents responded -- to a "Christmas miracle."