Around 100 kidnapped women and children rescued in Nigeria 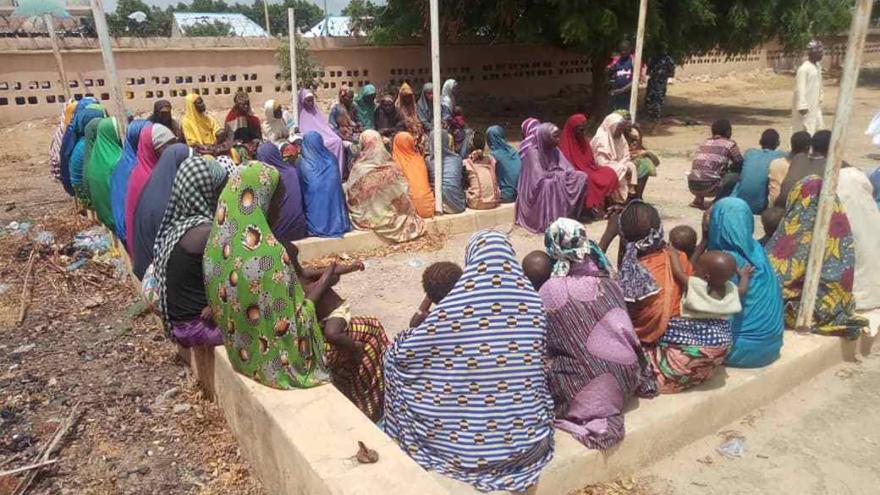 (CNN) -- Around 100 women and children abducted in early June by gunmen known locally as "bandits" have been rescued, police authorities in Nigeria's northwestern Zamfara State said.

Zamfara police spokesman, Mohammed Shehu, told CNN on Wednesday that the victims — most of whom are nursing mothers — were released Monday after being held by their captors for six weeks. He said their release was "unconditional" and no ransom was paid by the state.

The victims were forcefully taken into captivity on June 8 by armed men who invaded Manawa Village, in Zamfara's Mutunji District, Shehu said.

"The released victims who were in custody of their abductors for 42 days have been released without giving any financial or material gain," the police official stated in an earlier statement.

"They will be medically checked and debriefed before reunited with their respective families," he added.

Zamfara and other neighboring northwestern states have witnessed several mass kidnappings this year, as kidnapping for ransom intensifies in the region. Hundreds of schoolchildren have been abducted and subsequently released by ransom-seeking criminal gangs, but many state governments deny paying ransom to kidnappers.

Many abducted students are still being held in captivity by their kidnappers whose demand for ransom has not been met.

Armed gunmen have targeted schools in recent months, given their perceived vulnerability to attacks.

Some academic institutions in northern Nigeria have been temporarily closed down to prevent further raids.